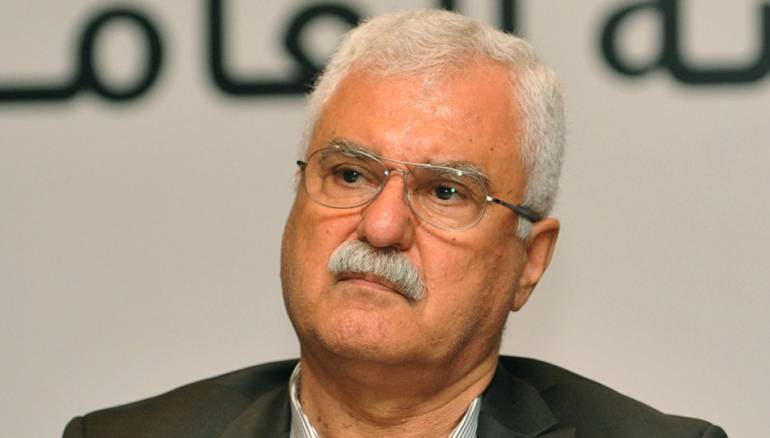 Rifts are emerging within the opposition over the acceptance of President Bashar al-Assad staying in power through a transitional period, High Negotiations Committee member George Sabra said, adding that the opposition has reached a turning point and that the Syrian people must be informed.

In an interview with Zaman al-Wasl, Sabra said that some of the opposition platforms were willing to accept the presence of Assad during an interim period, but said the HNC will adhere to the Riyadh statement. The Riyadh statement calls for the departure of Assad as a prerequisite for a political settlement.

The following is a transcript of the interview:

ZW: A conflict within the HNC and with other platforms is clear now regarding the acceptance of Assad in the transition.

Sabra: It is no secret that some are insisting on Assad staying in the transitional phase, and even within the Committee there are those who believe there is a possibility that Assad remains in the transitional period. Other platforms no longer hide these demands, and hence we must be clear with the Syrian people since this is about about the fate of a struggling people who paid a heavy price in order to get rid of the injustice and tyranny of the regime of Bashar al-Assad, and we put this to the choice of Syrians who sacrificed and carried, and still are, the revolution on their shoulders. Do they accept Bashar al-Assad in the transitional period?

We are committed to the Riyadh conference statement which stated clearly and frankly and unanimously from all currents that there is no Bashar al-Assad in the transitional period. It is necessary to move to the democratic stage. How can a criminal accept democracy?

What are your tools to face the project of keeping Bashar al-Assad during the transitional stage, and perhaps even after the transition?

Our choice is to fight in politics until the end. As the Syrians today are fighting the regime in the field and fighting Russia and Iranian militias, we will fight in the political field and reject any projects at the expense of the Syrian people.

What if Assad was imposed by regional and international powers?

The Syrian revolution did not start by orders from regional and international powers to impose Assad on us. The Syrian people who sacrificed are the ones who decide. I say to all Syrians today that they are more cohesive than before on the political and military levels. Today we need all the Syrian energies to confront any project imposed on the Syrian people. The political battle is long and we will not be false witnesses to our country.

Is it true that Saudi Foreign Minister Adel al-Jubeir exerted pressure on you to reinvent the Committee?

Jubeir did not exert any pressure. All he said was that there are changes on the international and regional scene regarding the Syrian situation. The priority has become terrorism, not the overthrow of Assad. You have to take note of these changes. Jubeir confirmed that Saudi Arabia is ready to support the opposition.

So do those who call for Riyadh II demand to reestablish the Committee and expand the base of Assad's acceptance?

There is some truth in this but this is linked to the will of Syrians more than anyone else, and let me assure you that if the will of the Syrian people is solid, no power can dictate its decisions.