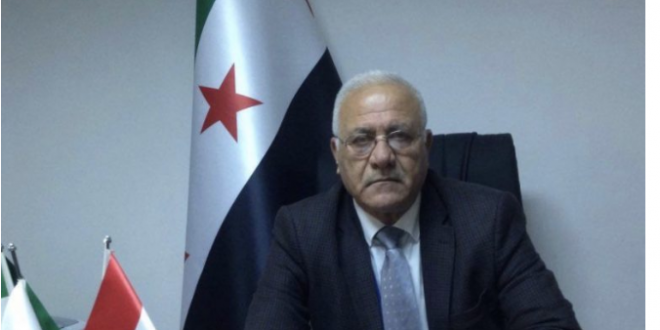 Kurdish opposition figure Fouad Aleko said that the Kurdish National Council (ENKS) is not in a hurry to accept attendance at Sochi and would take a position when the picture of the conference becomes clear politically and organizationally at the appropriate time.

Did you (ENKS) have a meeting with the Turkish Foreign Ministry and can you inform us about the results of the meeting?

This meeting occurred on Jan. 3 in the Foreign Ministry building with an official on the Syria issue and head of the political department at the Foreign Ministry. The meeting revolved around means of developing relations with the Kurdish National Council and Turkey and the Sochi conference. The Turkish side expressed their readiness to build positive relations with the National Council, as it is the sole legitimate representative of the Kurdish people in Syria, and expressed their desire to meet with an expanded delegation of the Council. Then discussion revolved around the Sochi conference and the mechanisms for holding it. They stressed their total rejection of the attendance of PYD (Democratic Union Party) representatives or arms under their authority such as the Self-Administration and the military force. They confirmed that these are part of the Kurdistan Workers’ Party (PKK) and nothing more, and no one can convince them otherwise.

The Sochi conference has created a divergence in the positions of the countries sponsoring it in terms of whether or not the PYD should attend the conference. What is your position on the PYD attendance?

Yes there is a divergence among the sponsor countries’ positions, especially between Turkey and Russia. I think that the position will be decided in Turkey’s favor because Turkey is the basic component in whether or not the conference is held, in addition to the Turkish position being in line with the positions of the Syrian opposition and rebel groups, who do not see a barrier to the PYD being included in the lists loyal to the (Assad) regime in any international forum, because they have fought side by side in a number of locations and especially in Aleppo and its countryside.

With regards to the Council’s position, no one has asked this of us. When the issue comes up, the Council can discuss that. But now the question is theoretical and premature.

In the event the Syrian National Coalition announces it will not attend the Congress on National Dialogue in Sochi, what will be your position?

The Coalition took a position rejecting attending Sochi two months ago and we have maintained that position and told them that we will take the final position after studying all the information. Rushing to take a position is not practical and we are still following up on the situation and studying all options. As you know, a meeting was also held with the Russian delegation in Qamishli for the same purpose.

The Council is not in a rush to take a final position and will take a position when the picture of the conference becomes clear politically and organizationally at the appropriate time.

I believe that the Council position was sound and we are not dealing with the language of intransigence around international initiatives, which aim to resolve the Syrian crisis in a way which is fair to the Syrian people in all its ethnic, religious and sectarian constituents, and in harmony with the major sacrifices which the people offered for the sake of freedom and dignity against dictatorship and oppression.

The Russian Foreign Minister Sergey Lavrov has set the priorities of the tasks of the Syrian National Dialogue conference, which is planned to be held in Sochi as constitutional reform and preparations for parliamentary and presidential elections in the country. Is there another program that the Council will present if it attends?

Certainly (if the Council goes to the conference) it will present its viewpoint around the shape of the Syrian state and its political system, that the future Syria should be a federalist state with a secular democratic system, with the Kurdish people having a region in this state in participation with all Syrian constituents in this geography, including Arabs, Turkmen, Assyrians and others.

Iran has witnessed an uprising. Do you think this uprising will affect the Sochi conference negatively or positively?

So far it is hard to answer whether the uprising in Iran will stay steadfast before the mechanism of repression from the mullahs’ regime.