In war-torn Syria, seniors are forced to work in order to make ends meet, according to Snack Syrian. 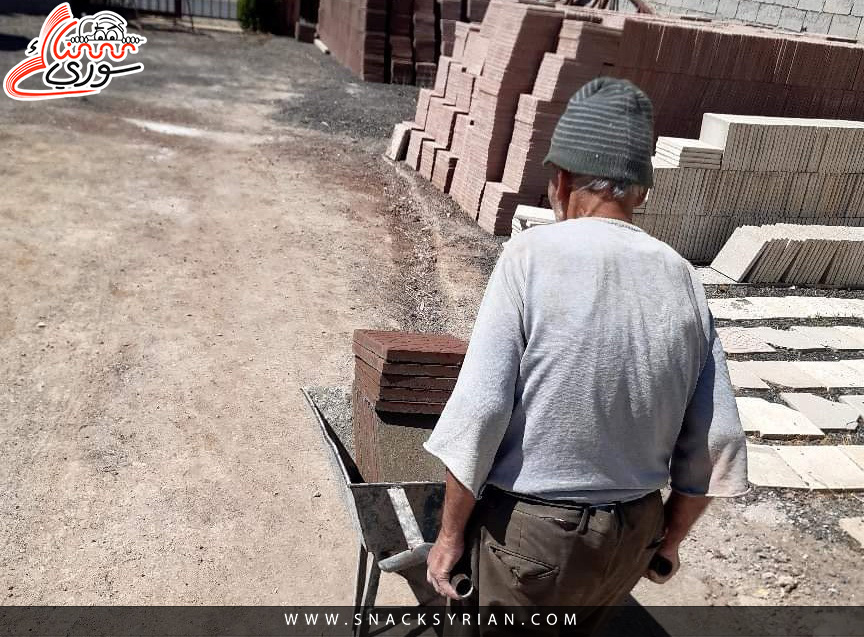 Saeed J owns a tile and marble factory in an industrial zone west of Suweida. He visits a significant number of elderly people, aged over 65 years, who need to work in the plant — even though the work is stressful and physically demanding.

Saeed tells Snack Syrian that he abhors refusing to employ the elderly. The nature of his work and its laborious nature, however, forces him to select younger people. Saeed adds: “Men aged 70 years will not be able to handle the block press and the machine’s heavyweight, which even young people struggle with. I tried to employ one or two older people to help them, even though I realized they did not have the capacity to work such long hours.” Saeed indicated that he perceived elderly workers a kind of desperation; he is sure that, without their needy circumstances, they would not even leave the house.

Abu Nahi, 68, works in Saeed’s factory. He helps a block compactor transport sand and anything else he can help with. He has no other salary and works for a daily wage.  When Abu Nahi stopped working for several months, he spent the 500 thousand pounds that he spent ages collecting and then didn’t have enough money to buy a box of medicine. In an interview with Snack Syrian, Abu Nahi added: “I came to this factory because I worked for it several years ago. I asked to work at least for a daily wage of 5,000 Syrian pounds to help me and my wife to buy food.”

The elderly man moves a machine weighing at least 50 kilograms and works from 6 am to 4 pm, at a time when he’s supposed to rest.

Walid Maddah, head of the Construction and Cement Workers Syndicate in the Suweida Workers Union, says that some workers continue beyond the age of 60 not out of the desire to work, but due to need. Maddah adds: “10 percent of the cement construction workers, who are forced to climb scaffolds and undertake dangerous work, are aged 59 to 65 years old. These are skilled workers who have experience; however, it is time for them to retire and rest. Yet they cannot do so, because they have no retirement pension and no social insurance.”