Dire living conditions in the greek camp are threatening the health of refugees, according to SY-24. 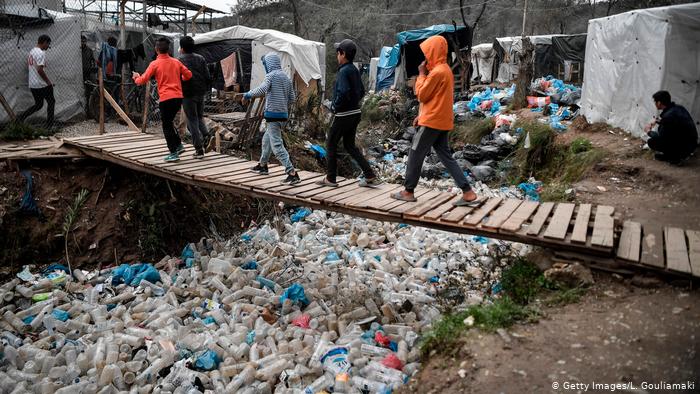 Inside the refugee camp on the Greek island of Kos, Syrian and Palestinian refugees have grown more vocal. They are calling on UN organizations to draw attention to their poor living and medical conditions.

The Action Group for Palestinians of Syria reported on complaints from several refugees living in the camp. “More than 50 migrants from Syria live in uninhabitable caravans, where rodents are widespread,” a source from within the group told SY-24.

“Malnutrition and unsafe food expose many of these refugees to skin and internal diseases — such as scabies and enteritis — on top of their poor psychological state,” the source said.

The Action Group for Palestinians of Syria also reported refugee complaints about medical negligence, of which it accuses the camp administration. The complaints cited the death of a migrant with an appendix problem, as a result of poor medical care.

Refugees have long lived in a barbed-wire camp, despite calls by humanitarian and international organizations to evacuate them from the camp and alleviate their suffering.

According to the Action Group for Palestinians of Syria, Greek press reports indicate that significant levels of corruption exist in the medical systems of Greek refugee camps. This harms refugees living in the camps.

An estimated 4,000 Palestinian refugees live in Greece, most of whom are on the islands of Lesbos, Mitilini, Chios, Leros, and Kos, along with the Greek mainland.