Children in Deir-ez-Zor are taking risky summer jobs to help their families make ends meet, according to SY-24. 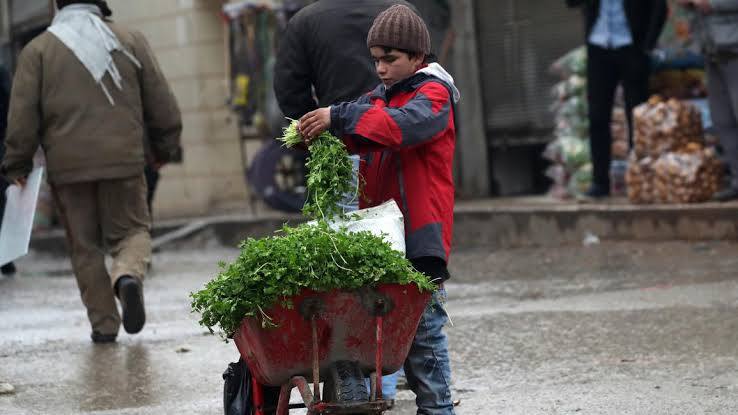 Areas under Assad’s regime’s control as well as its allies, the Iranian and local militias in Deir-ez-Zor, are witnessing a drastic increase in the number of children working in the local market. This follows the poor economic conditions experienced by the city’s residents.

With the end of the school year and the start of the summer holidays in the city, most children have to work to support their families and provide them with financial assistance, despite the very low pay.

Local sources confirmed to SY-24 that the industrial workshops in the city of Deir-ez-Zor received a significant number of children searching for jobs. These children started working despite the high risk they face while working.

The sources added that the children are working in the fields of car mechanics, lubrication, as well as in blacksmithing and welding. While several others work in iron and waste collection for these workshops, in exchange for very low wages.

The value of wages of the children working in Deir-ez-Zor varies according to the nature of the work they do. Some wages range from 10,000 to 25,000 Syrian pounds per month for every child.

The riskier the work, the higher the wages. A significant number of children were seriously injured while doing difficult and laborious work, not within their capacity.

Some children even have dropped out of school to help their families who are suffering from poor economic conditions.

Militias in the city are taking advantage of the people’s poverty by luring these children to their side and providing them with monthly food aid and salaries. In exchange, the children would enroll in educational courses within the cultural and religious centers of Iranian militias deployed in the city.

Earlier this year, these militias distributed monthly salaries to some children in exchange for lessons in Shia doctrine during a ceremony held by the Iranian Cultural Center in the central park of the city center, last Ramadan.

The Iranian Revolutionary Guard has admitted several children, aged less than 15, into closed camps belonging to the Mahdi Scouts association. This enrollment aims to train them in combat and teach them lessons about Shia Islam.