Iranian exports to Syria stood at 49 million US dollars, whereas Syrian imports only reached two million dollars, according to al-Souria Net. 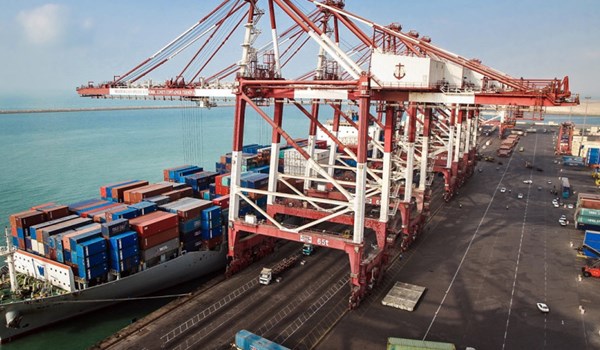 Iran’s Trade Promotion Organization (TPO) has announced a 73 percent increase in the value of exports from Iran to Syria between March and May.

“The value of exports to Syria grew by 73 percent in the first two months of the current fiscal year, from March 21 to May 20, 2021,” said TPO official Suheila Rasulnejad, as quoted by Iran’s Fars News Agency on Sunday.

Exports to Syria totaled 49 million US dollars, with steam turbine parts making up the most significant portion of exports, at 30 million dollars.

Amongst the most significant Iranian goods exported to Syria are “electricity conductors, iron and steel rods, and baby milk.”

These developments come against the backdrop of Iranian economic activity over the past two weeks in Syria, with visits and calls for increased trade between the two countries occurring.

Mohammad Salami, who is both the head of the Joint Syrian-Iranian Economic Commission and the Iranian Minister of Roads and City Building, met last week in Damascus with Talal al-Barazi, Bachar al-Assad’s Minister of Commerce and Consumer Protection.

Salami advocated for introducing a scheme for bartering goods to facilitate trade between the two countries. Under this scheme, goods exported from Iran to other countries would be exchanged for goods imported to Iran from those countries.

These events coincide with the two countries considering the establishment of a joint Syrian-Iranian commercial arrangement between the Syrian Trade Corporation and the Iranian Etka Company.

The company aims to exchange products and set up a shopping mall in Damascus to display Iranian products. At the same time, some fear that the Syrian market will become flooded with Iranian goods.

These proposals form part of Iran’s efforts to conclude several economic agreements with the Assad regime. In recent years, economic activity has focused on oil, electricity, and other vital sectors.

Several months ago, the president of the Iran-Syria Joint Chamber of Commerce, Kiwan Kashfi, announced the launch of the Iranian Trade Center in Damascus.

At the time, Kashfi pointed out that the center is located in the free trade zone in the heart of Damascus, on an area of 4,000 square meters. Kashfi indicated that 24 Iranian companies operate in the center where they conduct their commercial activities.