Locals in Arab-majority towns controlled by the SDF are starting to consider the group as an occupier rather than a liberator, according to al-Araby al-Jadeed. 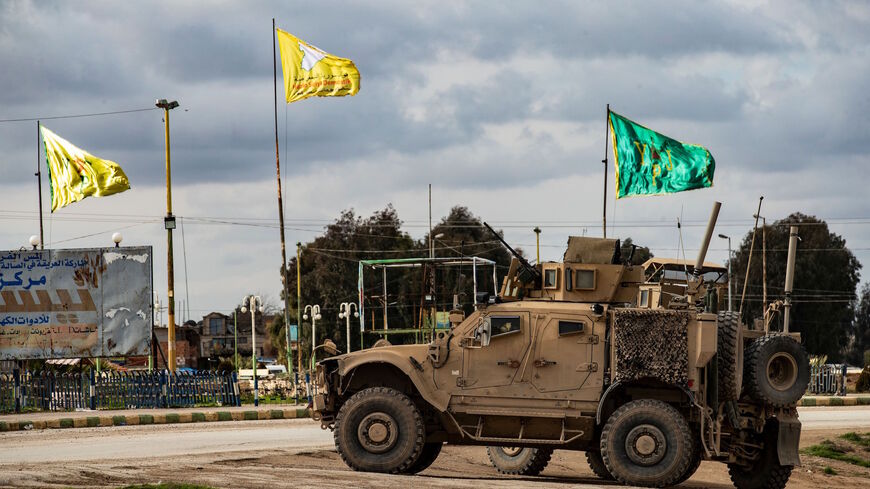 The fourth anniversary of the start of the battle for Raqqa, which led to the city’s liberation from the Islamic State (IS), has just passed.

Raqqa was IS’ Syrian capital, and it took over four months for the liberators, the Syrian Democratic Forces (SDF), to wrest back control of the city in October 2017 with international support.

During the battle, IS was defeated and the city of Raqqa was destroyed. It was hit from the air by the international coalition who backed the SDF and severely damaged in violent urban fighting. Around eighty percent of buildings within the city were either destroyed or damaged.

When SDF fighters arrived in the center of the city, they spun their armored vehicles in doughnuts and celebrated the victory they had won. Since the end of that battle, Raqqa and much of Syria’s northeast have remained under SDF control. The country is not de jure divided, but Syrians live under an undeclared partition.

In Raqqa and the surrounding rural areas, many residents now say that the SDF has become a begrudgingly tolerated occupier rather than the liberator it had hoped to be. Protests against SDF rule in Arab-majority areas have become a feature of life in the past four years.

Many residents resent their new rulers, and the political structures insisted upon by the Kurdish Democratic Union Party (PYD) and its leadership, which largely originates in the Kurdistan Workers’ Party (PKK), designated a terrorist organization by Turkey, the US, and the EU.

Although the SDF claims to be democratically run by a multi-ethnic coalition, Arabs living under its rule claim it is dominated by Kurdish political interests, and run for their benefit, with residents occupying the lowest rung under military councils imposed by the new rulers.

Residents also resent specific instances of mistreatment, including the razing of Arab houses by SDF forces, which was documented by Amnesty International in several Syrian villages in the Raqqa and Deir-ez-Zor provinces. Recently, protests took place in Manbij, a predominantly Arab city of 100,000 inhabitants. Protesters decried military conscription and a worsening economic crisis.

The city is on the frontline between SDF-held territory and areas of northern Syria held by Turkish-backed Syrian forces. “There is dissatisfaction among Kurds and Arabs in northeastern Syria about conscription,” Wladimir van Wilgenburg, co-author of The Kurds of Northern Syria, told The New Arab.

“That’s the main issue. Because of the current economic situation … This time it exploded into protests. We also saw some time ago protests in Kurdish and Arab areas in the Hassakeh province after they raised gas prices. There is simmering unhappiness about services.”

At the end of last month, a checkpoint near Manbij was set alight by protesters. Then, in early June, hundreds defied a curfew to protest military conscription, with at least eight killed after SDF forces opened fire on the crowds. “The protests are the result of accumulated SDF policies that are being pursued against the people of the city in several areas, whether security or economic,” Faisal Sultan, a tribal leader from Manbij, told The New Arab.

“Most of the tribes view the SDF as occupying forces. As a result of the forced conscription, there was a general strike that sparked protests against SDF forces, arrests, and the use of excessive force caused by the intensity of the protests”. Media aligned to the SDF initially claimed that the crackdown on protesters was carried out by “elements” within the Syrian regime. While some regime units occupy nearby territory, there are no regime forces inside Manbij.

Days after the protests, the Manbij Military Council reportedly reached an agreement with tribal elders to halt the conscription law, although the underlying economic and social problems of the city remain pressing. The residents of Manbij and SDF-occupied Raqqa remain discontented with the holding pattern in which the region is stuck. The SDF has enough international support to hold the land, but little legitimacy, either diplomatic or local.

After years of war and a decade of depopulation, the Syrian currency is worthless. Across the country, as purchasing power is low, civilians operate in a sinking economy where demand for necessities and staples remains high but low supply leaves little slack to lower prices for consumers. In regime-held areas, services are not provided, and food and power are in short supply. In the autonomous Kurdish-ruled region, fuel prices are high and have recently increased.

“The economic conditions that the city [Manbij] is going through are very bad; and the problem is that the PYD controls all economic resources and monopolizes them, including some of the main commodities,” local leader Faisal Sultan said.

“There are scarce job opportunities, and perhaps it is impossible to work. One of the main reasons for the protests was the economic conditions, apart from the political ones.” Because of the legal grey area into which the autonomous north falls, it has difficulty in accessing either funds designed for reconstruction or international markets.

While some international firms do operate in the Kurdish-controlled areas, they often do so in a light-touch way, certain that international sanctions or even criminal penalties might follow or curtail their activities.

Late last month, the new American administration gave a US oil company, Delta Crescent Energy, one month to wind its operation down in northern Syria after its waiver expired in April.

With the Assad regime firmly in power in Damascus, and claiming domain over the north, things are difficult for all American enterprises there, as US sanctions against the regime remain.

All commercial activity in Syria is liable to be pared back as waivers for those sanctions have themselves ended. The sanctions extend to areas not administered by the regime, including the autonomous north.

Business of this kind is not the lifeblood of the region, but it is a significant bellwether. Without waivers or increasing diplomatic recognition, the autonomous areas are unable to build their own regional economies without falling victim to sanctions against the regime.

Assad does not recognize the autonomous region and would extend its rule to those areas if he could.

The regime hopes to secure relief from sanctions and to rebuild the Syrian economy with funds for reconstruction and international development money from selected foreign partners. It has, for example, signed economic cooperation deals with the United Arab Emirates and others.

It’s a gamble that the Syrian economy can be revived under the regime to quell popular discontentment and avert further protests and revolution. The regime also hopes to use any prosperity it can create as a tool to undermine surviving rebel-held regions in the north, the Turkish zone in Idlib, and the Kurdish autonomous areas.

If the poverty of the autonomous regions continues, it could be a source of continued discontent – one anyone seeking to undermine the SDF, be it Turkey or the regime, could use to destabilize the SDF’s new regional order.

Beyond this, security difficulties still vex the leaders in Syria’s north and west. Even though IS was defeated in the region almost half a decade ago, it remains present in the ungoverned spaces of Syria’s desert.

Sultan voiced a wider complaint that one hears more broadly across the area, going back to the Raqqa campaign four years ago.

“The SDF entered those cities with American support under the slogan of fighting the fugitives [ISIS], and the American administration abandoned the people of these cities and handed them over to the PYD forces.”

“Without the American umbrella, the PYD would not have been able to occupy these cities,” he said. “We, the sons of this region, have our own responsibility. And the [choices of] US administration bears responsibility for the bulk of the area’s problems”.