Experts say that a mutual understanding bet ween on Syria between Putin and Biden could be reached in the upcoming summit, according to Athr Press. 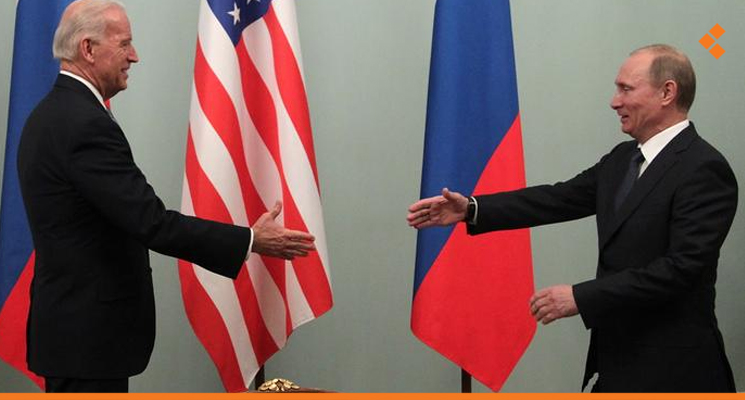 On Wednesday, the world awaits an American-Russian summit, which has been described as exceptional and unique, since it coincides with a series of events taking place around the world, in the Middle East, and elsewhere. The summit also comes at a time of constant disputes between Russia and America. The parties are expected to discuss crucial issues, with Syria at the forefront of the agenda, as confirmed by both the Russian and American sides.

“The Russians hold an important card, which is the renewal of the UN resolution on the entry of humanitarian aid into Syria’s northwest region. If the Russians refuse to extend this resolution, it will limit aid to the Syrian state alone. This development would weaken the Turkish and American positions in the north-east” researcher and political writer Dr. Oussama Dannoura told Athr Press.

Analysts said that Washington will not leave the summit without achieving concrete gains and, if it fails to convince Russia of its demands, America will escalate its position in other countries.

“It is most likely that, if the aid mechanism in the northwest region of Syria is extended, Americans will offer concessions elsewhere — perhaps on the issue of the arrival of Syrian oil to the State in Damascus. In any case, Russia will not go easy on the United States because it is well aware that America is gradually weakening its stance in Syria,” said Dr. Dannoura.

“America also knows that it cannot achieve much, given that it faces both Russia and Iran in Syria. This is especially true given that the US is currently re-engaging in the Iranian nuclear deal. Accordingly, America faces pressure from two different sides: there is disengagement with Iran, as well as the pressures that America is subject to from the Russian side,” Dr. Dannoura added.

Analysts indicate that a mutual understanding between Russia and America on Syria is not far-fetched, given the summit’s importance, the statements from both sides, and America’s preparations. These understandings would not be the first of their kind, but rather reflect military coordination between the two countries in eastern Syria. Any understanding, however, will not be for free.