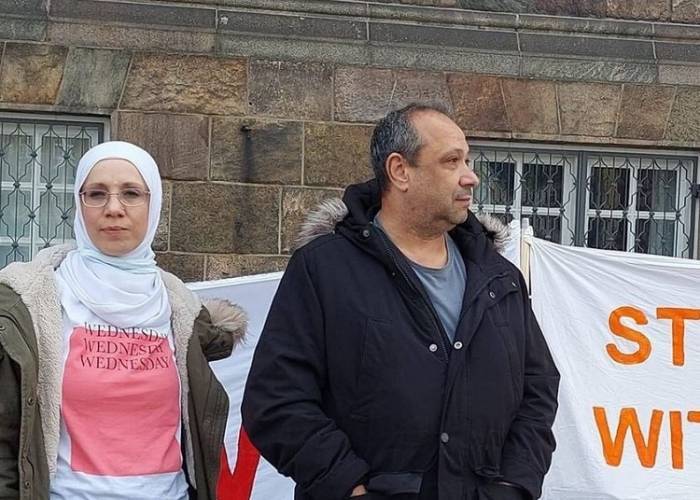 The Danish authorities rejected an appeal of a deportation decision against Omar al-Natour and his wife Asma. The Syrian couple started a new life in Denmark six years ago.

The Danish authorities told the couple that they had 30 days to leave for Syria or they would be detained at a deportation camp, although the husband suffers from health problems and is wanted by the security services in Syria, Asma told Zaman al-Wasl. Nevertheless, the Danish Immigration Department refused to renew their residency.

Asma and Omar were given a month before their deportation date. Still, the Immigration Department sent them a few days ago a document urging them to return to Syria. But the couple says that return is out of the question, as it would mean “their end.”

Asma says they did not know the specifics of residency permits in Denmark when they reached the country. In fact, there is political asylum residency, secondary residency, temporary residency, and humanitarian protection.

The Danish authorities say there are areas in Syria safe enough to return to, but the move sparked protests from activists and community groups. 94 Syrians were denied permits in 2020, out of 273 cases studied individually. Some have been placed in immigration detention centers.

Asma told Zaman al-Wasl that she and her family started a new life in Denmark. In the country, they built friendships, learned the Danish language, and are trying to provide their two sons with proper education. The family also opened a shop which means they no longer depend on state aid, and they pay taxes like regular citizens.

Asma said that their lawyer is now trying to appeal the decision, hoping to halt it. She stressed that her family has been opposed to the Assad regime since the first days of the Syrian revolution, as she and her family have tasted its horrors.

Asma and Omar left Syria after the regime destroyed their home in the Yarmouk camp in Damascus, and then in the town of Tafas in the Southern part of the Daraa province. The two were also arrested and arbitrarily dismissed from work because they participated in demonstrations against the regime.

They ended up departing in 2014 to Algeria by air with their young son, as their eldest son had preceded them in seeking asylum in Denmark by months.  But the Danish authorities delayed his asylum interview until after he reached the age of 18, which means that he was denied family reunification.

Denmark encourages the voluntary return of Syrians and has only issued temporary residence permits (not refugee status) since 2015.

The country has a strict reception policy with the goal of achieving zero asylum seekers.

The Syrian conflict has claimed 494,438 lives and has displaced 13,2 million people since it erupted in March 2011 with the brutal repression of anti-regime protests.