Tensions are running high following the assassination of prominent figures, with some pointing to the existence of a struggle for dominance between Iran-backed groups and Russia-backed groups writes Al-Modon. 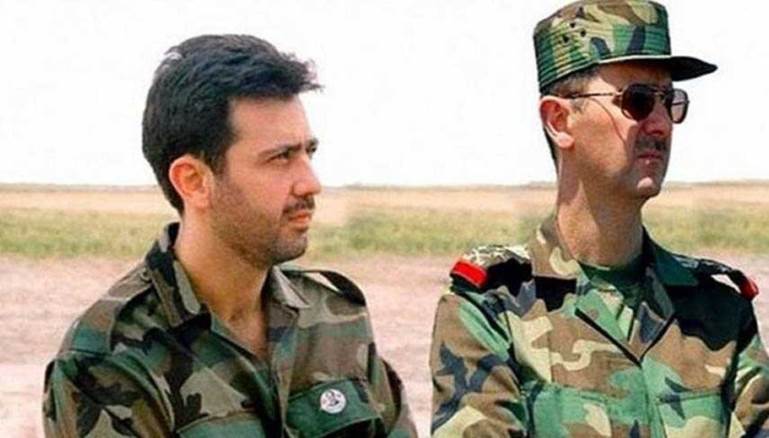 Over the past three days, opposition information has been circulating regarding the killing of three senior regime officers under mysterious circumstances. Two of the officers were killed in Damascus, and the third in Deir ez-Zor.

The first incident came under the spotlight on Friday, as sources from both the opposition and the regime confirmed the killing of Colonel Ali Jumblat, Maher al-Assad’s bodyguard.

According to the sources, Jumblat, who is originally from the countryside of Jableh, was killed by a sniper in the town of Yafour in the countryside of Damascus. A group claiming to have ties to the Free Syrian Army issued a statement in which they took responsibility for the assassination. This group is not well known in Syrian politics and has previously made only two statements in which it had claimed the assassination of two young officers in Damascus.

On Sunday, opposition sources reported the killing of two senior officers from the Air Force Intelligence, one of whom was the head of the agency’s branch in Deir ez-Zor, eastern Syria.

According to word on the street, Brig. Gen. Jihad Zaal, head of the Air Force Intelligence branch in Deir ez-Zor, was killed on Sunday morning under mysterious circumstances. The details of the incidents had not been confirmed at the time of writing.

On Sunday afternoon, Syrian media published news of the killing of Brig. Thaer Khair Bek, who works for the Air Force Intelligence, by a sniper, in front of his house in the al-Zahira area of ​​the capital Damascus.

Little is known about Bek, but it is said that he belongs to the reknowned Alevi family, which has provided many senior officers to the regime.

Speculations varied regarding the three incidents, as some considered them internal operations carried out by conflicting factions in the regime, while others considered that external parties carried out the operations – especially since some sources confirmed that the head of the Deir ez-Zor Air Force Intelligence branch had died as the result of an airstrike.

These incidents contribute to increasing speculation about the likelihood of an agreement being reached between the countries affecting the Syrian conflict, as many have considered that said countries have been killing off officers who “have blood on their hands”, while others think that this analysis is an exaggeration. This is not to mention the uncertainty shrouding the circumstances of the killing of the three officers.

Another point of view is that the regime has lost a lot of high-ranking officers over the past nine years, but that has not weakened it or affected its structure nor the methodology it has been utilizing to deal with the revolution and the opposition. This analysis resurfaces every time a high-ranking officer with the Army or the Intelligence is murdered.

Following the infamous Crisis Security Cell bombing in 2012 that took the lives of Defense Minister Daoud Rajiha, head of National Security Hisham Bakhtiar, in addition to Gen. Hassan Turkmani, the son-in-law of Assad and head of Intelligence, Asif Shawkat, the city of Deir ez-Zor witnessed the killing of two senior officers: Brig. Jami’ Jama in 2013, and Brig. Issam Zahr al-Din in 2017. The circumstances of those killings are still unknown.

The string of killings and assassinations that have affected many of the senior leaders and officers of the regime have not led to any significant change, which confirms, according to many, that these operations are most likely the result of assassinations caused by competition between the security services and their leaders, and sometimes disputes over some deals and corruption issues that do not necessarily have political dimensions.