Tal al-Mallouhi has spent years suffering behind bars in Syrian prisons, either on falsified charges or without a warrant or judicial decision writes Brocar Press. 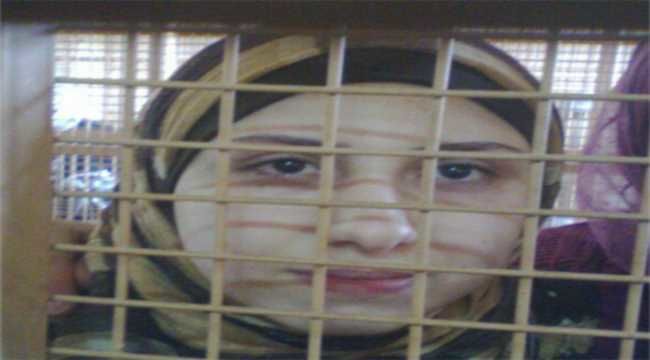 Tal al-Mallouhi, born in Homs on Jan. 2, 1991, lost her youth behind prison bars after the Syrian intelligence fabricated lies against her on charges of “disclosing information for the benefit of a foreign country.”

One can’t but ask, what kind of information did a 19-year old girl disclose? Why wasn’t she released when the criminal court in Homs decided to exempt her from the remaining sentence and release her for good behaviour on Oct. 24, 2013? And why did General Ali Mamlouk, the head of the National Security Office, order her arrest again while she languished in Adra prison, and kept her handcuffed her all the way to the National Security office cells in the al-Rawda neighborhood of Damascus? Why did he return her, after several months, to Adra prison? And why didn’t the head of the prison release her after her five-year prison sentence was over? Why did he keep her detained contrary to the provisions of the law that obliged him not to keep any detainees without a warrant or a judicial order?

Article 358 of the Penal Code clearly states that prison directors and guards, disciplinary institutes or penitentiaries, and any employee who according to his post is entitled to certain powers shall be sentenced to between one to three years in prison if they hold any individual without a warrant or judicial decision, or keep him/her detained beyond the specified period.

Tal al-Mallouhi spent four years and 45 days in Adra prison without a warrant or judicial order, that is from Dec, 27, 2014 to Nov. 22, 2018, when she was moved from Adra prison to the anti-drug unit after she was accused of possessing drugs for self-use while she was in Adra, a fabrication that was conducted to cover up for her baseless arrest.

She was referred to the Criminal Court in Damascus countryside, which issued another prison sentence against Mallouhi for a period of two years from Nov. 2, 2018 to Nov. 2, 2020. Since she was pardoned in September and March for the sentences which she already served, her second sentence should have ended two months ago, however, Assad insists on keeping her detained without any judicial warrant.

What is it about Mallouhi that keeps her detained? What kind of threat does she pose to Assad, his regime and his security services, if she were to be released?

I have frequently asked myself about her continued detention despite serving all her sentences, including those which reportedly came upon the personal directives of Bashar al-Assad, even though he himself issued pardons for the sentences that were fabricated against her.

I have found no reason for Assad to keep Mallouhi imprisoned, except because of some personal grudge. It is likely that Assad has hard feelings for Mallouhi because she dared to confront him at the age of 15 when she addressed him through a blog, “to accelerate the process of the democratic transformation in the country, as the president of Syria.”

Then, she told Assad that he was obliged as a president to put an end to the rampant corruption in Syria and reminded him of the promises that he had previously made in his speeches.

Later, she was put under investigation three times, before having to move with her family to live in Cairo where she stayed for three years. In the summer of 2009, she and her family returned and it took the security officers only a few months to arrest Mallouhi on Dec. 27, 2009 and refer her to the State.