Syrian workers are being crushed under a collapsing currency, high prices, a lack of employment opportunities and forced displacement writes Ana Press. 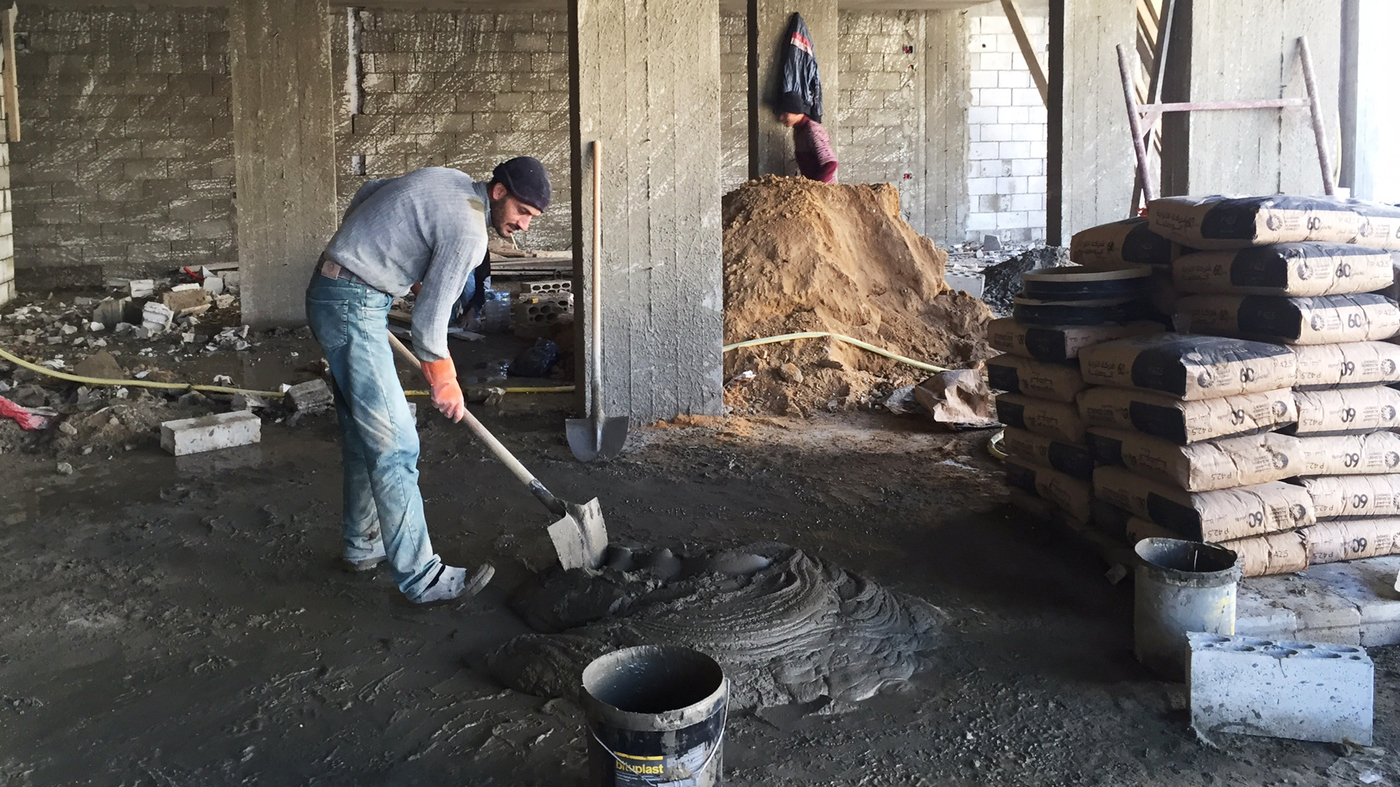 The living standards of Syrian workers is collapsing, amid the deterioration of the Syrian pound against foreign currencies, as well as the lack of job opportunities in light of the sweeping price hikes that face Syria’s population.

The deterioration of living conditions and the aggravation of poverty rates have reached unprecedented levels, due to the depletion of the value of the Syrian pound, and the rise in inflation rates to levels of over 1,000 percent.

Abd al-Rahman, from the city of Salqin in the northern countryside of Idleb, told Ana Press, “I have been working as a porter for years. Before the revolution, my wage was numerically less, but worth more. Now whatever the wage, it will be tiny for me and huge for the customer. “

He adds, “After continuous toil from 6 am until 7 pm to find people who want a porter to carry things, I may be able to earn 1,500 Syrian pounds, a third of which is spent on bread, and the rest is not enough for anything. I can say that my family are alive by a divine miracle.”

Murad, a construction worker, told Ana Press, “My daily wage is 2,000 Syrian pounds, in exchange for transferring the cement mix from the ground to the columns through basic ladders. That makes me permanently at risk because of the effort involved in the work. Despite all the suffering, the work is not always available, so once my work is completed at one building site, it may take more than five days to find a new job.”

He adds, “2,000 Syrian pounds, which is less than two dollars—how can I feed my family with these prices? After bread and fresh vegetables, my entire wage has gone, not to mention the needs of my children, electricity fees and heating materials.”

The displaced live in areas controlled by opposition forces in the Idleb countryside, and the difficult economic conditions, combined with the mass forced movement of displaced people, has seen unemployment among youth in the north increase significantly in recent times.

Raouf Abdel-Mo’ti, who was displaced from the southern countryside of Idleb to the city of Harem, in the northwest of Idleb, told Ana Press, “Before the last military operation in the southern Idleb countryside, I was working on cultivating my land, and although the area I own is not large, it was enough to keep me from want or doing hard labor with little pay. “

He added, “I used to grow and sell plants such as parsley, mint and spinach, in addition to the olive trees in my little garden. The plants secured my monthly expense, not to mention the needs for my household. At the end of the year, the olive season is my surplus. Now, after Assad’s forces took control of my town and we were forced to flee out of fear of the crimes committed by Assad and his allies, I began to work with porters and at a lower rate than the rest of the workers. The reason is to secure a living for my family. I then worked a construction worker, and now I work gathering garbage from the landfills.

The Syrian Civil Defense launched an awareness campaign titled “Stay Home” in Idleb governorate, in northern Syria, to prevent the spread of the coronavirus and its methods of prevention.

He added, “Everyone knows how serious the coronavirus and its rapid spread is. Also, everyone knows and appreciates the efforts of the Civil Defense teams in awareness campaigns. But did anyone ask how the Syrian worker will endure the “Stay Home” campaign? How will he secure his daily living? If he does not die from the virus, he would from hunger. Is the solution to stay at home, or should humanitarian organizations consider the conditions of workers in these circumstances? “

The markets of the capital, Damascus, and other cities controlled by the Syrian regime, are in a state of stagnation, with people reluctant to buy a lot of products due to the big price hikes.

Goods in the Syrian markets in the areas under the control of the Assad regime witnessed a crazy rise in prices, which angered Syrians. The situation has become a source of great concern and tension for the residents of those areas, which led some people to attempt suicide, due to the misery of the situation that increased with the harshness of the war .

The rise in prices is due to the regime’s closure of commercial crossings, and the disappearance of Turkish goods from the markets, in conjunction with the export of local materials to other countries. The Syrian regime implemented export contracts for agricultural products to five countries, including Russia, at a value of 10 million dollars. The contracts included the export of vegetables and fruits, legumes, grains and citrus fruits to Russia, Iraq, Lebanon and other countries. Residents meanwhile complain about high prices, despite the return of calm to most of the hotspots in Syria.