The economic crisis continues to hurt Syrian consumers, but some shops are selling items for just a single Syrian pound writes Asharq al-Awsat. 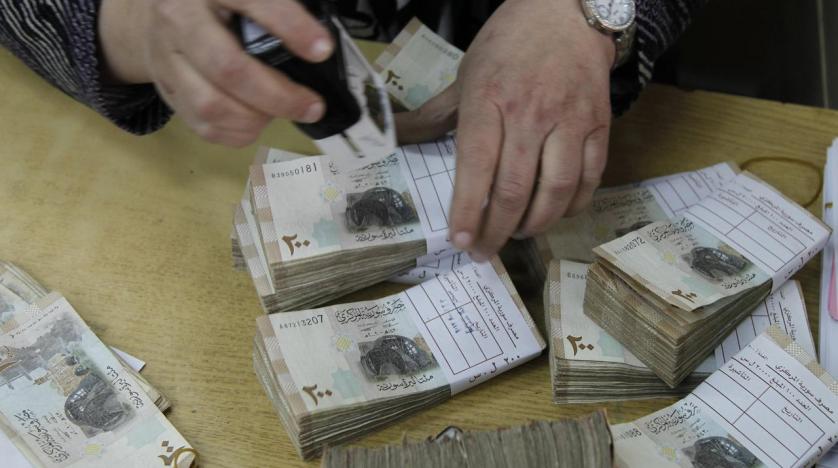 As Syrians feel the sting of a nosediving currency, local businesses have launched a campaign to sell goods symbolically priced at a single pound to counter a deepening economic crisis.

The central bank puts the official exchange rate at 434 Syrian pounds to the dollar — down from 48 pounds per dollar at the start of the war.

On the black market, the pound has hit more than 1,200 pounds against the dollar — its lowest in history.

After nearly nine years of war, the devaluation is driving up prices and exacerbating dire economic conditions that the government blames on tightening Western sanctions.

To cushion the blow, a campaign labeled “our pound is our pride” was launched in January, Agence France Presse reported.

The month-long initiative encourages businesses in Damascus to sell goods for one Syrian pound, a coin that has been out of circulation for years.

“My father used to be a bus driver and he has held on to these coins even after he stopped working several years ago,” said Nadia, her father standing beside her with a bag full of coins.

“Now is the time to use them.”

Nadia spoke to AFP while she and her father perused stalls in a Damascus fair organized by the chamber of commerce in support of the campaign.

Everything on display was selling for a single pound, with more than 50 companies taking part in the one-day event.

Although the campaign will have no measurable economic impact, merchants participating in the fair said they believed they were helping out.

Abdul Salam Ashi, a sales manager for a company selling cleaning products, said he might as well be giving his products away for free.

His company, he said, decided to “participate in the fair to help the economy.”

“We are losing money, but in the end, we are benefiting the economy,” he said.

“If the economy improves, then this will directly benefit our company.”

However, critics say the initiative will do little to rescue the plummeting Syrian pound.

“It is a good campaign but unfortunately it is nearly impossible to execute because the one pound coin is extinct,” said Fadwa, who was attending the fair.

In the suburbs of Damascus, the owner of a cosmetics store shared a similar concern.

He offered discounts on his products instead of selling them for one pound, which he said was not practical.

“Logically, I can’t sell items for one pound, simply because it is not available,” he told AFP.

One of his clients agreed but said the point was to boost morale.

“It’s about social impact and not economic impact,” she told AFP, asking not to be named to protect her identity.

The Syrian government meanwhile is also grappling with the currency crisis.

A recent presidential decree increased the penalty for conducting transactions in foreign currencies.

Two shop owners were detained for selling products in dollars, state news agency SANA reported on Thursday, the latest in a series of arrests.

Money exchange houses are also coming under scrutiny, with the Syrian regime cracking down on those it accuses of price gouging.

According to local media reports, the government has shut down several exchange offices accused of driving up the exchange rate on the parallel market.

Compounding the situation, the devaluation has led to a rise in the cost of basic food items, including sugar and rice whose prices have nearly doubled in recent months.

To combat inflation, the Syrian government will introduce a smart-card system in February to allow residents to purchase rice, sugar and tea at a subsidized rate.

The cards, which will be valid in state-designated department stores, cap the quantities that can be purchased at a discount.

Each family is allocated four kilograms of sugar, three kilograms of rice and two kilograms of tea per month, according to the ministry of internal trade and consumer protection.