One of Russia's most prominent political and military figures confirms once again the use of Syria as a training ground for the Russian military machine, Asharq al-Awsat reports 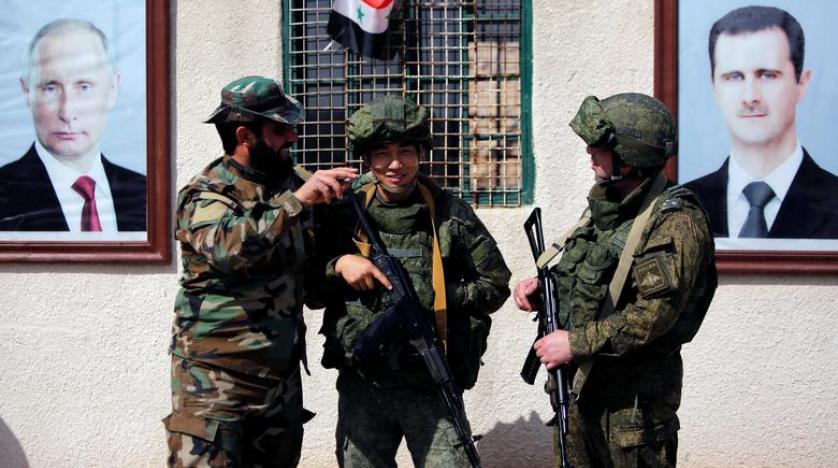 Russian Defense Minister Sergei Shoigu revealed details of the progress achieved by the Russian military industry through the experience gained in the Syrian war, and talked about the development of hundreds of models of weapons and military techniques.

Many of the techniques used by the Russian army had never been tried in real war conditions, the minister told Moskovskij Komsomolets newspaper in an interview.

He indicated that the war in Syria required new methods, noting that 90 percent of the fighter planes, attackers, long-range fighter jets, and logistic aircraft were directly involved in military operations in Syria.

He added that thanks to the Syrian war, Russian pilots gained extensive experience, with some having up to 150-200 sorties.

Shoigu also explained that supplies sent to Syria reached about 2,000 tons per day, stressing the importance of this experience because it included air fleet, supply centers and ports, and various transport methods.

As a result, President Vladimir Putin gave direct orders to improve or renew some features, including missiles and long-range aviation weapons and submarines.

Shoigu reported that for the first time, the Russian fleet had been used under real combat conditions in Syria.

He explained that prior to the Syrian war, it took a lot of time to load and operate a caliber rocket, which means that the target could be lost, however, now loading time was reduced.

About 300 types of weapons have been developed taking into account the Syrian experience, Shoigu noted, adding that about 12 types of warfare techniques were no longer used after proving their failure during the military operations, although initial tests were promising.

At the same time, Shoigu pointed that military personnel and cadres gained experience from the Syrian war, and some were sent there to develop their expertise.

The Minister asserted that the war in Syria was not a “walk in the park” and indicated that the Russian army fought against the largest terrorist organization, arguably “we have fought an integrated system that was getting supplies and support from countries” interested in growing instability in the region.

Terrorists were armed with hundreds of tanks, multiple rocket launch systems, armored vehicles and hundreds of thousands of tons of ammunition seized from the armies of Iraq and Syria in previous years, according to the Minister.

He also noted that the terrorist organization had hundreds of trained suicide bombers who were armed with the most advanced technologies, including communications and reconnaissance equipment.

The Russian Minister indicated that the proceeds from the illegal sale of oil have played a very important role in financing terrorist activities. Up until Russia’s involvement in the military operations, terrorists were producing, under the nose of the international coalition, more than 100,000 barrels of oil per day.

The sale of these raw materials brought to the terrorists a daily income of more than $5 million, he concluded.