Lawyers in Idleb have been banned from attending court by the Hay'at Tahrir al-Sham Salvation Government reports Zaman Al Wasl. 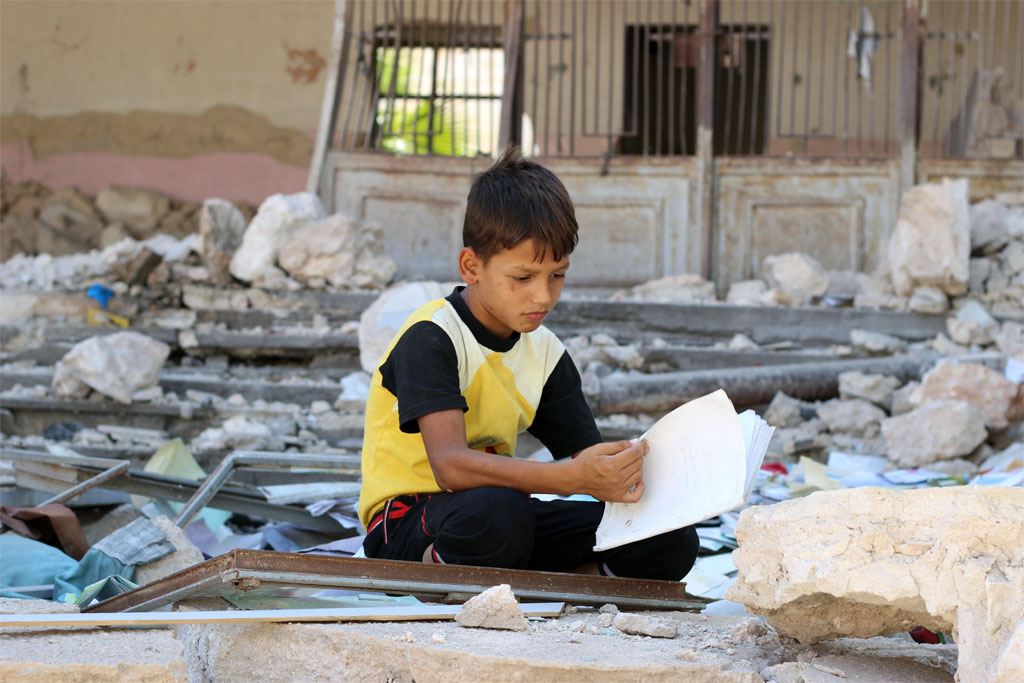 A number of lawyers in northern Idleb province were surprised by a decision that blocked them from pleading and attending litigations at the courts of the Salvation government’s Justice Ministry until further notice.

Many lawyers and judges said that this decision exceeded the remit of the Ministry and its work.

Preventing lawyers from practicing their job is a disciplinary punishment imposed by the Bar Association under Law No. 30 of 2011, as there is no legal provision allowing the Ministry of Justice to take such an action, because it’s against Syrian legal provisions, according to our source.

The Syrian Salvation Government is the de-facto alternative government of the Syrian opposition, headquartered in Idleb province.

Activists says Hay’at Tahrir al-Sham, through the Salvation Government that was formed in 2017, is seeking to impose its control over Idleb province.

Since January, Tahrir al-Sham has controlled most of Idleb province as well as parts of neighbouring Hama, Aleppo and Lattakia provinces.

Article 85 of the Advocates Law states that any lawyer who departs from the objectives of the Bar, or who violates a duty of the law set forth in this Law and the internal regulations, or behaves in a manner that degrades the dignity value or conduct in his private life accompanied by a scandal, will be punished by one of the following disciplinary penalties with of without registration, by way of a letter sent to the lawyer: Discipline before the Council, a prohibition of practicing the profession for a period not exceeding three years or having their name excluded from the union table.

Lawyer Jamal al-Jassem told Zaman al-Wasl that the so-called Ministry of Justice has been, “imposing fees and decisions according to the personal desires of illegal employees with fake positions”.

The Justice Ministry and its courts, have become an additional burden instead of being a support to citizens to solve their problems and achieve justice, he added.

All judicial decisions issued by the illegal rescue courts, have no legal value and do not respect the standards of fair trials and are worse than the courts of the Syrian regime and it’s because the armed factions control the judicial matters.

He also added that society and the rights and freedoms of the people are at the disposal of fighters and warlords, stressing that most of those who work in the courts of rescue are not competent in the law, and this means that the judgments are issued based on their desires.

Lawyer Jamal said that the Ministry of Justice is dealing with lawyers in northern Syria in a very regulatory way and this contradicts the laws.

In turn, a judge who preferred not be named told Zaman al-Wasl that the right of pleading is protected by law and no one can prevent a lawyer from doing so.

However, depriving a lawyer from working is an abuse and a mistake committed by the Ministry of Justice.

Zaman al-Wasl tried to contact the Ministry of Justice to obtain a response regarding these accusations in but it didn’t receive any answer or clarification.

According to activists, the Ministry of Justice in the Government of Salvation has issued many strange decisions before, including not to allow non-bearded people, whether lawyer or citizen, to enter the court.

Regime and Russian airstrikes and shelling since late April have killed more than 820 civilians, according to the Syrian Observatory of Human Rights.

The violence has displaced 900,000 people, according to the United Nations.

Eight years of war in Syria has killed 560,000 people and driven half of the pre-war population of 22 million from their homes, including more than 6 million as refugees to neighbouring countries.