When an explosion killed four Assad officers, a potential coup and overthrow of the Assad ruling family was prevented and the course of the war was changed forever writes Al-Modon. 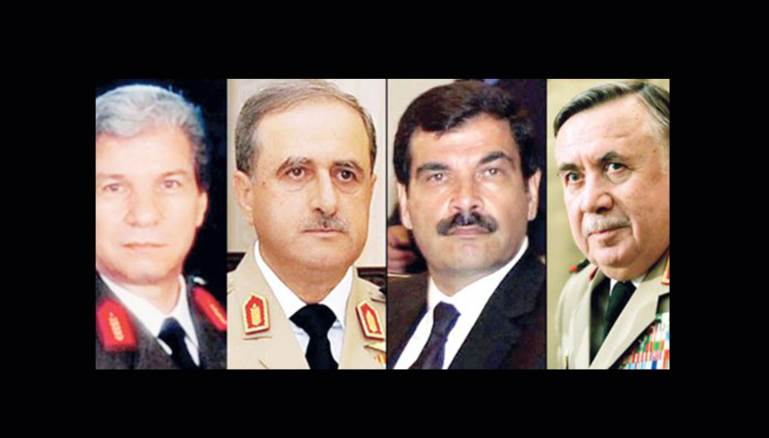 Seven years after the bombing of the Crisis Security Cell, which killed four major Assad regime officers, mystery still surrounds the incident. But security sources told Al-Modon that the bombing had preempted a coup attempt against Assad, according to Al-Modon’s security sources.

The explosion killed four regime generals, who had been attending periodic meetings of the Crisis Control Room, which had been formed after the Syrian revolution erupted. The Deputy Defense Minister, General Assef Shawkat, was killed, as well as the Defense Minister, Dawoud Abdullah Rajiha, as well as head of the National Security Bureau, Hisham Ikhitiyar, and the head of the Crisis Cell, General Hassan Turkmani, as well as wounding the Interior Minister, General Mohamed al-Shaer.

Figures who had been supposed to attend the meeting, but were absent, included General Ali Mamlouk, who had been heard of the State Security Directorate, and General Abdel-Fatah Qudsiyeh, head of the Air Force Intelligence Directorate. They had been the original members in the Crisis Cell, and they were intentionally absent from the meeting, according to Al-Modon’s sources. All of those who were absent were transferred to replace those who were killed.

A high-level security source told Al-Modon that the Crisis Cell bombing was the biggest event to change the course of the Syrian revolution. After that it was an open war waged by the regime against the rebelling cities and towns, using planes and tanks and invasions of cities and bombings. After the blast, Iranian forces intervened directly, as well as through Lebanese and Iraqi militias.

Al-Modon’s sources said that a week before the meeting, there had been changes in the relevant guard at the National Security building, on the pretext of opposition groups being able to carry out operations deep in the capital Damascus. The changing of the guard aimed to disable the network of those who were working with the people killed inside the National Security building and prevent them from becoming aware of what was being prepared.

Security sources said that the people who were killed in the meeting were coordinating with some countries to remove Assad and to stop the bloodshed in Syria, form a transitional government, and that even if it didn’t change much in the ruling system in Syria, it would have satisfied most parties.

The source said that there had been intense communication between these figures and the intelligence agencies of different countries, most prominently Israel, Egypt, Saudi Arabia and Russia, to remove Assad. The candidate to take the reins of power after the coup was Major General Hisham Ikhtiyar. Those killed were also coordinating with prominent Syrian businessmen and major army officers, as well as ministers in the government who were not satisfied with how the crisis had been managed in Syria.

The National Security bombing, according to the source, occurred at the orders of Bashar al-Assad and his brother Maher, who had been commanding the Fourth Division and working intensively to repress the protests in most Syrian cities. The blast was to rid them of these “conspirators” before they could rebel and carry out a coup against the Assad family.

Bashar al-Assad not only assassinated the crisis cell to prevent a coup against him, but the Presidential Palace Intelligence also carried out a campaign of killings and arrests that affected more than 40 people, including the army and intelligence, in coordination with figures who carried out the assassinations. All of this, according to Al-Modon’s sources, was carried out carefully and quietly, taking advantage of the security chaos and blasts that were hitting Damascus at the time.