Many former Syrian women prisoners end up marrying regime militia members for need of protection, financial security or to end pressure from society. Ain al-Medina talks to one of these. 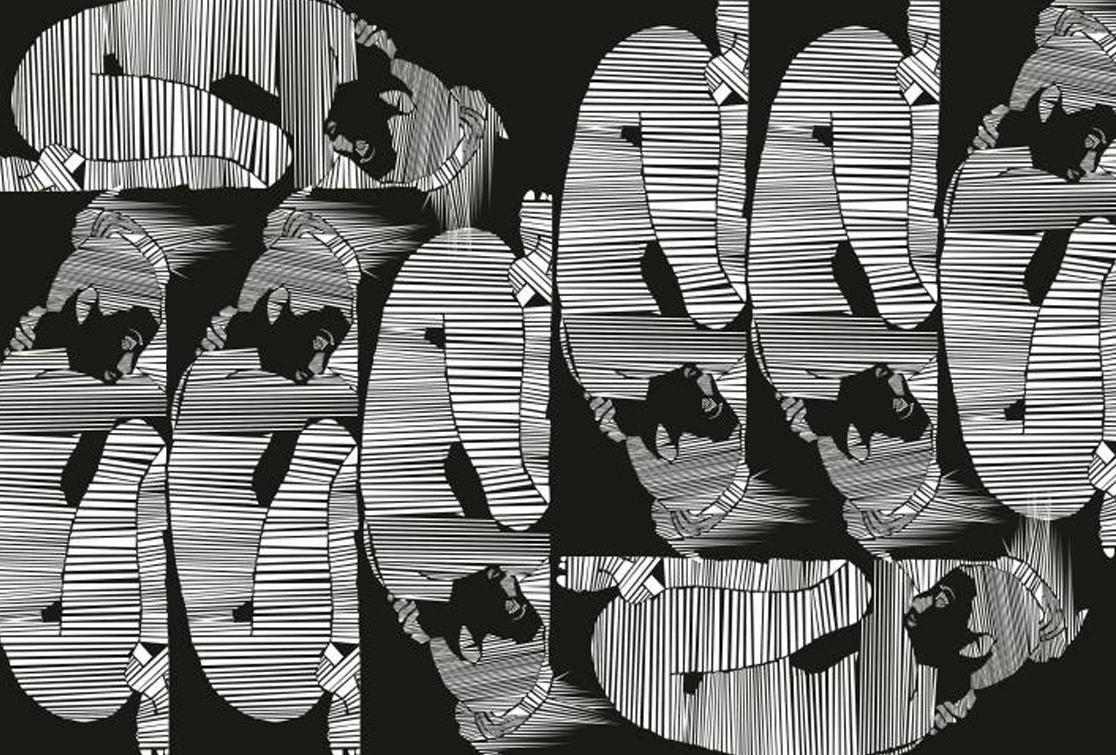 Alaa, from the city of Qatana in the Damascus countryside, was detained in the Assad regime’s security branches and did not get out until midway through the year that followed her arrest. She could find no way to protect herself and her mother from the fighters of the regime and its militias except to marry one of them.

With uninterrupted cries and tears, Alaa describes her situation: “I haven’t forgotten the blood of my brothers even for a day. Maybe me marrying this sort of person is a betrayal of their blood. But it’s easier for me to do something for the rest of my family.” Alaa lost two brothers, one of them in the Khan Sheikhoun area and the other in the regime prisons. Since she left prison she has been caring for her mother. Alaa says that she is not enjoying stability in her life with her husband, but she is afraid of separating from him, and described her life as “passing the time to see what God will show her.”

Alaa told Ain al-Medina: “I wasn’t involved in the affairs of the revolution openly. I only met the requests of my brothers who were stuck in the areas under Syrian opposition control. Still, a patrol that raided the district at the end of 2013 didn’t hesitate to arrest me and transfer me to an Air Force Intelligence branch in Damascus. I was there for more than seven months, and then I got out without any direct charge or case attached to my security file.”

Alaa continues: “Despite the torture and the blows and the electric shocks they subjected me to throughout these months, and their clear impact on my face and body for more than two years, the looks of those who greeted me were no more merciful than the executioners. One of them ignored the beatings and humiliation and the only thing on his mind was one question: ‘Did anyone touch you?’ In a reference to rape.”

Alaa tried to explain her life in prison to all her relatives and neighbors, and convince them that no one did anything but beat and torture her. But the signs of doubt and the convictions in their minds were visible on their faces. No sooner had people started to talk than young men—especially regime militia fighters—started to look at her with dirty expressions, as she put it. “I need to protect myself,” she thought—she had to find a solution to protect herself from any violation she might incur, as she explained.

Alaa says: “After I felt danger from the young men in the city streets and I failed to move to another city, because I couldn’t find a young man to help us, because our financial situation didn’t allow this, I couldn’t do anything but submit to the first exit I found.” She added: “One of the regime army fighters from Hassakeh offered to marry me, and I was sure that no one else would knock on our door, and even more certain that the talk that wouldn’t take mercy on my reputation would not allow anyone else to propose to me, I had to accept.”

Alaa is not the only female prisoner or opposition member who was forced to accept marrying security members or regime army or militia members for various reasons. The journalist Ahmed Obaid told Ain al-Medina that dozens of women from areas under regime control have been forced to accept similar marriages, adding that the areas that have seen settlement agreements and forcible displacement in the Damascus countryside are subject to the highest portion of these types of marriages.

Obaid adds: “After the forcible displacements which the towns and villages of the Damascus countryside were subjected to at the end of 2016 and at the beginning of 2018, displaced residents began to return to neighboring cities, almost every family has someone who is wanted by the regime security branches. Residents have to take this route to secure protection from arrests and questioning of their displaced children.”

According to the journalist, you also cannot ignore the role of poverty and the difficult living conditions in spreading this phenomenon, especially in settlement areas. Those who were not forcibly displaced to the north and haven’t fled abroad are unable to marry now in a country that has been almost entirely destroyed. He added that this was one of the main reasons pushing people to accept these marriages in addition to securing protection.

Activists who were previously detained do not think the reason for marrying regime members is necessarily out of poverty or protection for those who get out of prison, fleeing society’s pressure or harassment from the regime fighters themselves. Some activists have seen up close stories of love springing up between prisoners in security branches and those imprisoning or investigating them. One activist who was arrested, said, “I know love stories between jailers who defected from the regime and followed prisoners who got out of prison. Sometimes, the prisoner doesn’t find that she needs to justify or explain the details of her life in the prison to the jailer, because he knows well what happens in prisons.” She adds that most marriages with regime members concern uneducated prisoners, and that in these cases families don’t ask the husband for a dowry.