The former head of the National Coalition, Ahmed Moaz al-Khatib, has called on Assad to step down for the good of the country and allow a group of technocrats to be formed writes Human Voice. 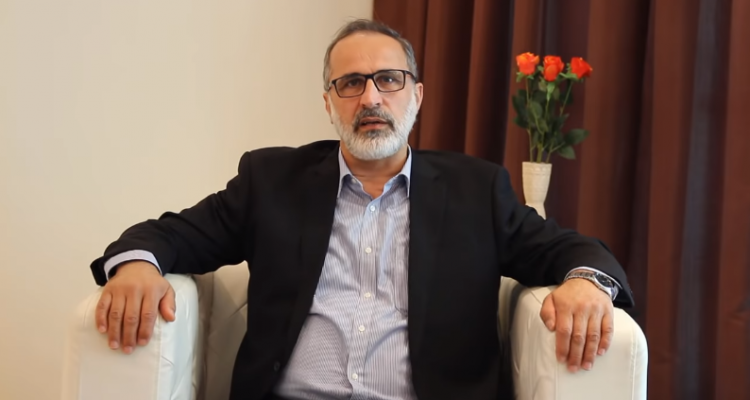 The Syrian preacher and former head of the National Coalition, Ahmed Moaz al-Khatib, has directed a message to the head of the Syrian regime, Bashar al-Assad, calling on him to respond to a political solution that stipulates his removal, saying that he had offered a proposal to the Russians and Americans and they had expressed their willingness to study it.

Khatib compared Bashar al-Assad to the Pharaoh of Egypt and opened his message with a Quranic quote: “And speak to him with gentle speech that perhaps he may be reminded of fear [ Allah ].”

He pointed to the desire of Syrians to stop the destruction and war, whereby the “regime is first and foremost responsible” for what is happening. He said that: “there is one country that is comfortable with what is happening, and that is the United States, and Israel is the one beneficiary.”

Khatib told Assad: “The international situation has changed and has become much more complicated, but what drives countries are interests. International officials don’t care about your presence, but rather their interests. I know scenarios that would keep you awake at night. States are merciless.”

He revealed: “a written proposal including an appropriate transition and a change in the situation without the social shocks or blood that destroy Syria.” He said that: “I gave a copy of the proposals to Russia and the United States and both of them promised to consider the matter,” according to the Nedaa Syria Network.

He added: “Bashar al-Assad, your regime will fall sooner or later, whatever support countries give you … Pharaoh, with all his might, where is he now? … Look at your people and the situation.”

Khatib called for a collective national project, suggesting a previous solution of forming a body of technocrats, but said that Assad was still using the old mentality, which makes a traitor of all those who dissent.”

He added: “The Syrian people only want security and freedom, while agents came out with money, and the people paid the price, and have been displaced into the wilderness and into tents.”

He said that: “Since 2013, the country has been sliding towards a situation more dangerous than the regime and the opposition, as the whole region is targeted. We need a collective mobilization of Syrians to get out of this quagmire.”

He accused unnamed people of, “clambering onto the sacred revolution and stealing everything,” while the regime used monstrous methods against all those who opposed it and now thinks it is on the verge of victory, but: “Syrian society has disintegrated, and this disintegration has reached the individual level. People have reached a very miserable state and need someone to save them.”

Khatib has offered the Syrian regime a number of previous proposals in similar letters, saying that all Syrians must find a solution for the current situation that includes equality for all, but the Assad regime has not responded to these messages.