Changes to the Personal Status Law have bolstered agency for women in Syria, but some have criticised the amendments for not going far enough writes Hurriya Press. 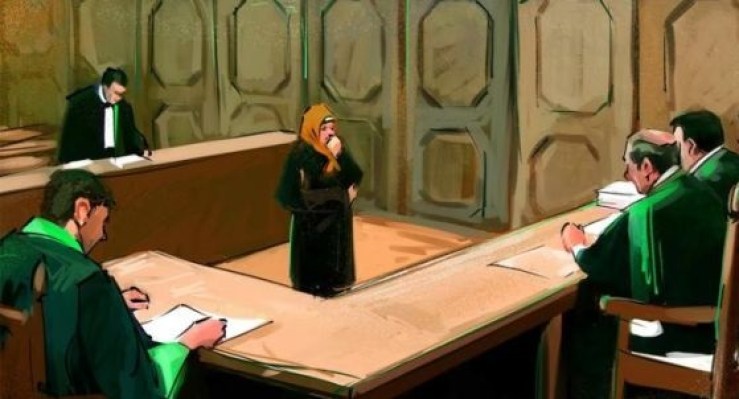 A few days ago, the Assad regime parliament approved amendments to Syria’s Personal Status Law, issued in Legislative Decree No. 59 for the year 1950. The amendments approved by parliament, according to Justice Minister Hisham Shaer, included more than sixty legal articles.

Shaer said that it had become possible for every husband or wife to restrict a marriage contract with specific terms that did not violate the law, including with regards to a second marriage, travel, work, or refusing to live with a second wife, and for the children of a girl to have the right to inheritance like children of the son. The new amendments also include Ismah, which allows women to petition for divorce, without the permission of their husband or any other third party.

There were also amendments giving the spouses the right to ask for separation in the event of there being a physical reason that prevent either of them carrying out their marriage (sexual) responsibilities. A guardian cannot marry the daughter except with her explicit approval, even under an agent. The amendments raised the marriage age from 17 to 18. In case of divorce, the physical custody for minor children goes, according to the amendments, to the father in cases where the mother dies or is unable to provide care. If the father cannot provide care then then responsibility of the child is passed to the mother’s mother.

The amendments also included exchanging the term “nikah contract” (which refers directly to sexual intercourse) with “marriage contract”, In addition, the amended law gives either spouse the legal right to ask for divorce in the event of physical reasons that prevent either of them carrying out their marriage (sexual) responsibilities. Separation, according to the amended law, is a contract abolishment and not a divorce.

The amendments stipulate that they must rely on DNA when establishing paternity, as well as other items related to dowry, alimony and inheritance.

The amendments created widespread controversy among Syrians of various orientations and affiliations. A background discussion of these amendments and the political motives of the Assad regime may need a great deal of effort and analysis, as most views of the amendments see them as a miserable attempt by a blood-stained regime, which has destroyed the country, to appear legitimate, fighting extremism, and civilized and modern, as if the rights of Syrian women were to be sacrificed for political gains to rehabilitate the regime.

Syrian lawyer and activist Ribaa Hamoud said that the amendments were a disappointment, since a woman’s right to work for example was a right supported by the constitution and did not deserve to be placed as a mere condition in a marriage contract.

Hamoud sees that every amendment put forward likewise had a contested meaning, including the appropriate marriage age, the Ismah, as well as the deprivation of women from divorce because it breaks up the marriage and deprives her of her rights, and even the agency it gives her if there are no parental relations and withdrawing the custody of the bride’s mother.

The lawyer added, “We had at least hoped for a review of housing given that many women have lost spouses, and adjusting alimony, and at least a review of the right of the spouse to the money, which was earned during the marriage, and allowing inheritance if there are different religions between the spouses, and finding ways for a Syrian woman to give citizenship to her children, especially after recent years when many Syrians have married non-Syrians, to say nothing of allowing women to be killed under the pretext of honor.”