The war in Syria has spurred an increase in the number of men taking a second wife, although given the strict laws, it is unclear how they can afford two writes Sputnik. 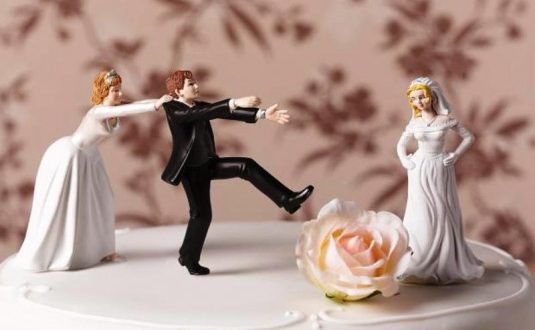 A quick visit to the Justice Palace (al-Qasr al-Adli) in Damascus will reveal a huge increase in the number of requests to register marriages, especially from areas and provinces that have suffered from difficult conditions during the war, which prevented residents from accessing courts and official agencies.

However, what is most surprising is the increase in the number of those wanting to register their marriage to a second woman, despite the conditions imposed by Syrian law—in particular, the material conditions, which make second marriages nearly impossible in the country. Additionally, the latest official statistics show a Syrian family needs more than 300,000 Syrian pounds (about 691 US dollars) per month in order to meet their living needs.

A judicial source in the Justice Palace told Sputnik that Article 17 of the Personal Status Law stipulates that a judge may not authorize a married man to marry a second woman unless he has legitimate justification and is able to care for two families. This is known as the solvency or adequacy requirement, and it means that the law limits a man to one wife and sets controls for those who want to marry two as “exceptional circumstances”—and as previously noted these controls include the presence of a legitimate justification and the ability to meet expenses.

The legal justification for a second marriage is tied to several matters, including the inability of the wife to have children or having an illness. All this must be established medically. The capacity to meet expenses must also be provided by showing a salary or having testimony from two witnesses. The judicial source said that, “public employment in the state does not permit any employee, regardless of rank or degree, to marry a second wife, because the salary of any state employee is insufficient for one wife with children, and so how would they have the ability to provide for two wives?” This naturally includes the ministries, judiciary, and public managers because they are also state employees, receiving the same salaries and benefits that are not sufficient—legally—to allow for marrying a second wife.

However we see second marriages among Syrians of low income families, resulting from customary marriages, which do not include the aforementioned controls. Even a resident of a shelter center might marry two women in the same center. According to the source, this is because the marriages were not obtained by way of the courts—that is, they are customary marriages. This is one of the reasons that Syrian law imposes strict penalties on these marriages, which range between fines and prison sentences, in accordance with Law No. 24, the issuance of which has led to contradictions with customary marriages.

The source said that the rate of second marriages has increased because of the conditions of the crisis, and in particular among families who have lost most of their men and have been forced to live with others. The courts in Damascus are currently carrying out a number of surveys to determine the rate of first and second marriages last year.