A new film by Majd al-Samouri draws inspiration from the true stories of those who survived Assad’s prisons writes Zaman al Wasl. 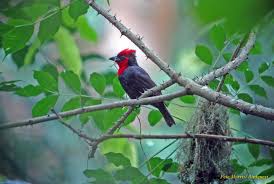 Syrian director Majd al-Samouri is putting the final touches on a short feature film, “What is a Bird?” The film is based on a true story that took place in one of the regime’s prisons. It is the story of Syrian writer and dissident Michel Kilo.

A jailor asked Kilo to walk into a cell where a woman and her boy were both imprisoned. The woman was taken a hostage to force her father, a member of the Muslim Brotherhood, to give himself in. In prison she was raped and gave birth to her child.

The jailor, who happened to be in a good mood wanted Kilo to tell the boy a story, as he was a well-known writer.

Mr. Kilo tried to tell the boy a story about a bird which flew over a tree and stood on a branch. The boy interrupted Kilo, “What is a bird?”

“A bird is a beautiful flying animal that build its nests in trees.”

From this touching story, the writer and director Majd al-Samouri, a Jordan-based director, wrote the dramatic plot of his new film. The film tells the story of a jailer named Abed who moves to a new prison and finds a child, born in prison, who knows nothing about real life. Abed who is married with no children decides to adopt the boy. Being almost illetrate he seeks the help of a well educated prisoners to educate the boy.

The director had discussions with Michel Kilo to learn more details about the story and details of the mother’s cell.