Despite recent heavy losses, the Islamic State is still as deadly as it ever was writes The Syrian Observatory for Human Rights. 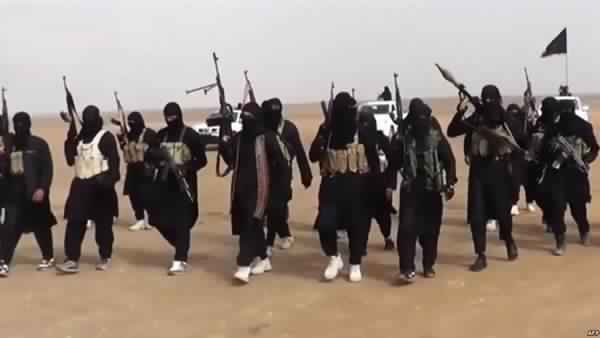 The Islamic State (ISIS) has not grown tired of carrying out executions. After it declared a caliphate on Jun. 29, 2014, the group carried out a large scale military operation, which resulted in them controlling more than half of Syria. It became the most influential force in the country, which coincided with individual and mass executions of all its opponents, and as it retreated, they also continued to carry out more murders and mass executions. The Syrian Observatory of Human Rights has investigated these crimes to prove the involvement of the group. ISIS is desperately trying to keep hold of the last town that it holds on the eastern bank of Euphrates, and an enclave located in the Syrian desert north of al-Sokhna and the outskirts of the Deir ez-Zor desert west of the Euphrates River.

The Syrian Observatory for Human Rights received confirmations from tens of security sources in ISIS, and residents who were living under the control of ISIS, and who were able to escape to areas controlled by the Syria Democratic Forces (SDF), who said that ISIS have carried out individual and mass executions in an undeclared manner, and away of its cameras, which have always documented their crimes in a cinematic manner showed ISIS “having fun” with its victims, and taking revenge of them in a way that surpassed the crimes of Assad regime’s forces, and the rest of powers in Syrian. Sources confirmed to the Observatory that ISIS has executed more than 700 detainees, including members of ISIS who were arrested on charges including desertion. The executions were carried out inside the headquarters and detention centers of ISIS, and within its controlled areas, which are today confined to the towns of Sha’afah, al-Susah, al-Baghuz and the villages of Abu Hasan, Bo Badran, al-Marashdah, al-Shajla, al-Kashmeh, al-Safiya and the al-Bukhatir suburb east of Hajin, which extends along the eastern bank of Euphrates, along with its last enclave in the deserts of Homs and Deir ez-Zor.

The same sources also confirmed to the Syrian Observatory that ISIS intentionally transferred 350 to 400 detainees and abductees across the Euphrates River to its enclaves in Homs and Deir ez-Zor west of Euphrates River, in addition to releasing hundreds of others.

For the families of those who have missing loved ones, questions about their fate still linger. It is unknown whether they have been executed or released. Reliable sources confirmed to the Syrian Observatory that ISIS buried the bodies of its victims in mass graves within area they controlled, while reliable sources also confirmed that tens of prisoners have been killed in airstrikes carried out over recent months by International Coalition warplanes, Russian warplanes, and regime warplanes, in addition to the ground shelling that targeted areas controlled by ISIS, before being confined within the two previously mentioned enclaves.

Since the declaration of their caliphate 54 months ago, ISIS has been responsible for the deaths of at least 6,191 civilians, opposition and regime fighters.

The Syrian Observatory for Human Rights calls on the International Coalition and the SDF, who are holding members of ISIS prisoner, to investigate the crimes committed against thousands of the group’s detainees, both civilians and non-civilians, and to investigate the location of burial sites and the graves where the bodies were hidden. The bodies must be recovered, so the fate of the hundreds who are missing can be known.