An investigation by Daraj has revealed that members of the regime security services have benefited from loans provided by UNRWA. 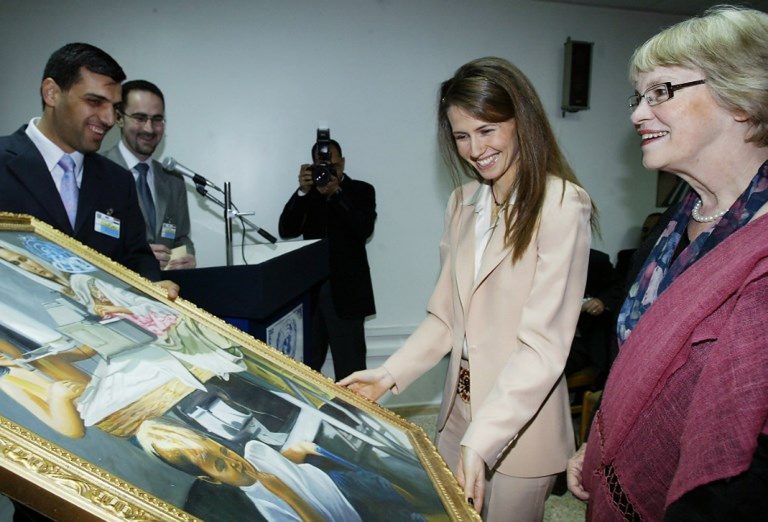 Daraj has obtained dozens of documents and accounts that prove that the United Nations Relief and Works Agency for Palestine Refugees in the Near East (UNRWA) has distributed loans to members of the Syrian intelligence agencies and militias active in Syria. This has also been reinforced by certificates. Official bodies within UNRWA, concerned with this issue, have been contacted, and promised to respond to our questions 12 days ago, before the publication of this investigation—this has still not occurred.

According to the 2017 annual report published by UNRWA, the number of beneficiaries from the small loans program in Syria was 11,094 (an increase of 17 percent since 2016). However, the number of Palestinian refugees benefiting from these loans was just 288, comprising 2.5 percent of the total number of beneficiaries for the year. The total value of the loans disbursed was 2.7 million dollars, which marks an increase of 40 percent from the previous year. The share for Palestinian refugees of these loans was about 79,000 dollars, or no more than 2.9 percent.

According to the statistics issued by UNRWA in their annual report, the number of loans disbursed in Syria since 2003 (the year the program was launched) was 111,983 loans, at a value of 57.3 million dollars.

Murad is a field employee in loan distribution for the small loans division in UNRWA. In his view, this program has helped many Syrians and Palestinian refugees secure the necessary funds to secure their basic needs with reasonable guarantees, which have encouraged them in their work and in their lives in general. He explained to us that this program, although it is under the umbrella of an agency concerned with refugees, also offers small loans to Syrian citizens, who comprise the greatest portion of the loans, which is a condition, for the program to operate within Syria, between the state and UNRWA.

However Murad was a victim of the war. Murad and 80 other employees were fired, after being told that there was insufficient funding, after most of the UNRWA small loan centers in affected areas were damaged or looted by opposition groups and the regime army.

Regarding the period before 2011, Samer, a beneficiary of the loan program near Damascus, said that before the crisis, he received a loan from UNRWA. Everything was going fine, until he encountered financial difficulties, and the agency began to pressure him to pay back the loan, which was 40,000 Syrian pounds in 2010—equivalent to about 852 dollars at the time. Samer remembers meeting staff from the agency, and after informing them that he was unable to make the repayments, he was told, “You need to pay anyway you can—this program is under the auspices of the First Lady.”

Samer says, “I couldn’t do anything but smile. But I understood the tone of his threat. I had to borrow the money from a friend, and use that to repay the agency, ending the loan.”

Sara, a field employee, who occupied an administrative post, said that the type of employees began to change after 2011. One day, the place in which she was working started to resemble a security office. There were dozens of security members who were walking around and waiting for their turn to fill out a loan application. At that time the program began to take advantage of its internal system, giving anyone (Syrian or Palestinian), employed or retired, who was carrying a personal ID, a new type of loan. These loans were for the purchase of consumer needs, granted to those with a special salary statement. In the case they were unable to provide this, a written statement of income was relied upon.

Convoys of staff from the Syrian Interior Ministry began to come to the small loans office, which were limited to just four branches in Damascus, Tartous, Lattakia and Suweida, as the conflict intensified. This expansion of loan applicants came in 2013—Sara adds—after an additional 1.6 million euros of funding obtained was by UNRWA from the European Union. The new clients ranged from police forces to the various security branches, especially Political Security. Given that most of the residents of these provinces in the new branches were the main human reservoir for the regime, in addition to the weak influence on the ground in the ongoing war, the number of loans began to increase notably, registering more than 9,000 loans. Within this number, the number of borrowers from branches of the Syrian Interior Ministry were about 3,000, according to Sara’s estimates.

Threats From Some Security Employees

Sara says recalls an employee coming to her in a state of severe fright, and when she asked what happened, he said that one of the borrowers (an investigator in State Security) had threatened him with arrest when he asked him to make repayments on the late loan.

She added that in general, employees of the Interior Ministry are clients who make repayments, despite continuous delays and attempts to obtain more loans, especially given that the loan system is tied to the extent of the previous repayment, and then the new loans are granted at a higher ceiling, which can go as high as one million Syrian pounds.

In this context, we were able to speak with an employee in the field. Munir, a temporary employee in this program since 2013, said that granting loans to Interior Ministry employees was normal, as most Syrians had moved into military and security work as a result of the war, and that before that the number was not so large. However, he did not support the granting of loans to the National Defense militias, since he considered them mercenaries. Expanding on this issue, Munir says that giving loans to them would serve as a major threat, and would contribute to the war in his view.

“Heavily armed National Defense members come from all sides to UNRWA bases and exchange their made-up stories about the war and obtain money. Then after attending for a period, they disappear, and then later we see images of them hanging on a wall in al-Amin Street in Damascus,” Munir says.

Giving Loans to Intelligence Agents Not Limited to Syria

Munir also informed Daraj that the UNRWA program covers Syria, the Gaza Strip, Jordan, and the West Bank, and in each of these areas, loans are given to members of the Interior Ministry or armed militias. For instance, in the West Bank, loans are given to members of the Preventative Security Services in Gaza, as well as to some members of the Hamas movement and Islamic Jihad, which is significantly hostile to UNRWA but some of whose members accept working in some free professions on UNRWA loans. In Jordan, the General Intelligence are given loans.

Those who benefit from the UNRWA loans also include retirees, as UNRWA cannot give loans to those who are older than 75. Accordingly, a number of retirees from the intelligence agencies, police or army have rushed to obtain these loans.

Both Sara and Munir say that UNRWA has verbally made it known to employees not to include the names of recipients from the security or intelligence agency on their electronic databases, without knowing to what extent this order was followed. “If we receive any paper request for a client within a government sector, the possibility that this employee could be with a security or intelligence agency is very high.”

Regarding retired members of the security and intelligence agencies, their professions are included on the paper application and on the electronic program as “retired,” which makes it hard to track this type of loan.

UNRWA Relations With the Regime in Syria and the Financial Crisis

The General Authority for Arab Palestinian Refugees governed by Ali Mustafa, serves as a fully Syrian security agency and has relations with UNRWA. The agency works under a social and development pretext, and is funded by the Syrian government, with a total spending for 2017 at about 127 million dollars.

The financial crisis related to the small loans program at UNRWA is not new. The recent cut to funding by the Trump administration has compounded their financial hardship. According to a report on the economic and social situation and damage assessment which was issued in cooperation with the European Union in 2013, “The program made a significant loss of 3.64 million dollars due to exchange rate losses, escalating provisioning expenses for doubtful loans and a declining portfolio. During this period the program wrote off 1,111 loans valued at 18.94 million Syrian pounds. In order to reduce losses, in 2013 the program also reduced its workforce by 20 percent.”

This overlapped with the reports made to Daraj by employees. The agency also prepared an emergency plan to open three new offices in areas that were more secure at the time, in Tartous and Lattakia and Suweida, while continuing loan operations at the al-Amin street branch in Damascus. The new branches began to operate in June 2013, but the department was only able to continue in 2014 with a grant of 1.66 million euros from the European Union—raising new questions over whether the EU really knows how the funding it provides to the UNRWA program is used.