The release of death notices by the Syrian regime has raised fear and suspicion in the minds of those who had lived in opposition controlled areas writes Geiroon. 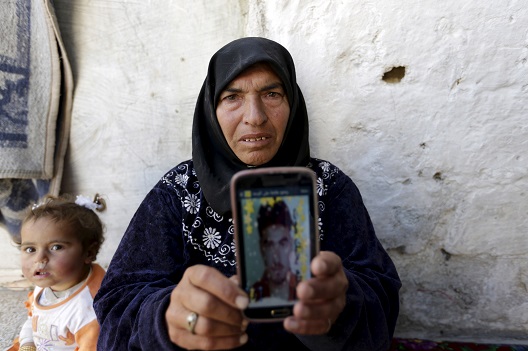 In recent weeks, the Syrian regime has updated civil registries across the country, and hundreds of families have discovered that their relatives died while in detention. Tens of thousands of Syrians were arrested in the first years of the revolution and their families have retained hope that they are still alive. Syrian human rights groups have documented a major increase in updates to the civil registry over the last two months — and the documentation process is ongoing. The cause of death is not noted, but it is clear that most of those arrested died under torture or were executed.

Unlike the first years of the revolution — days when families received bodies of their children bearing the marks of torture — today, Syrians receive nothing but a piece of paper informing them of the death of their relatives. The crematorium at Saydnaya Prison appears to be fully operational and the mass graves which have been dug near the detention centers ensure that families do not receive anything. The wave of death notices are a stark reminder of how the police state has operated in Syria in the years before the uprising, and offers a glimpse of Syria’s future under the shadow of Assad.

Meetings with residents of areas controlled by rebels which the regime has captured indicate the full return of the “fear barrier” after the destruction of the Syrian protesters of 2011. All those I spoke to, if they wanted to speak freely, danced around the issue, out of fear that the regime could be monitoring their calls. Others told me that the situation was the opposite. Many Syrians in these areas have deleted their Facebook accounts, or have deleted any sign that they were opponents of the regime from their pages. Some have even cut off relations with relatives or friends who had been displaced to opposition-controlled areas rather than surrender to the regime.

Members of the community who decided to remain in their homes when the regime retook their cities and villages are now subject to constant surveillance. The Syrian army and its allied militias have looted homes, domesticated animals and have even torn the copper electrical wire from the walls. All of these practices are common in areas retaken by the regime. It is rare that residents complain. Neighbors notice what is happening, but they stay silent. The brave among them inform journalists and exiled opponents of the regime.

Since 2011, I rarely struggled to find Syrian eyewitnesses who want to discuss the human rights violations they observed. Syrians risked their lives to document the protests which were met with live ammunition. Later there were the regime and Russian air raids, chemical attacks and other crimes. During the attack on southern Syria, I tried to gather details about the massacres which occurred in Daraa city. This was the first time that many witnesses refused to give testimony of what they suffered. Some of them knew that they would soon surrender to the regime and they did not want to create problems. Others had given up believing that human rights groups were able to impact the conflict.

Rather than live under the constant fear of indiscriminate air raids, the Syrians who now live in regime-controlled areas, are subject to constant fear of arrest and torture — especially those who lived for years under opposition control and are suspected of sympathizing with the opposition. At a time when indiscriminate Russian and Syrian air raids require fleeing opposition-controlled areas, the residents who live in regime-controlled areas evade daily arrests, but appear to be loyal to the regime. This fear explains why thousands of residents in towns of southern Syria participated in the victory celebrations with the regime which destroyed their cities and killed their loved ones.

The terror which the Syrian state has inflicted and which has been documented throughout the years of the civil war, has returned to its old form of silence in the event of disappearances and torture, rather than the mutilated bodies caused by airstrikes, gunfire or the trembling of children as they inhale chemical bombardments. Syria has returned to the model of routine violence: Arrests, disappearances and death notices. The international community can breathe easily. Soon it will no longer be forced to view the horrors of the raging war in Syria and feel guilty about doing nothing. The Syrian state’s terrorism will take place far from view.