Ghouta was struck by chemical weapons in the early hours of the morning on Aug. 21, 2018. 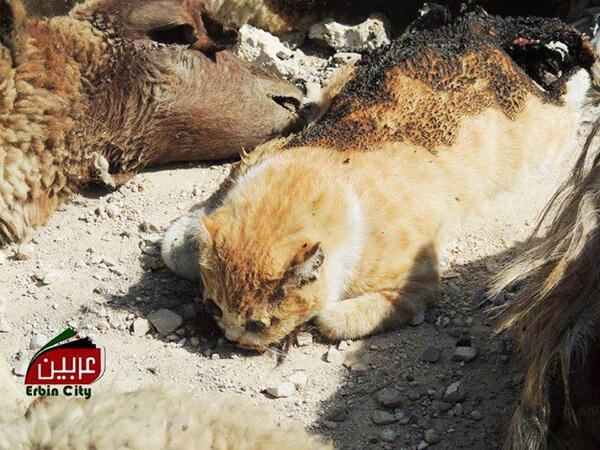 The United States, Britain, and France have issued a joint statement to mark the fifth anniversary of the barbaric use of sarin gas on Syrian civilians in Ghouta, Damascus.

In a joint statement, the three permanent members of the Security council condemned the attack for which it holds the Assad regime responsible, as well as all other chemical weapon attacks in Syria. The three governments have warned that they will respond again as they have done in the past, if Assad continues to use chemical weapons.

Below is the text as it was received by The Syrian Observer.

“We welcome the establishment of attribution arrangements at the Organization for the Prohibition of Chemical Weapons (OPCW), in accordance with its authority under the Chemical Weapons Convention, as confirmed by the decision of the Conference of States Parties. The establishment of these arrangements will help ensure that the perpetrators of chemical weapons use in Syria cannot escape identification. We welcome the launch of the International Partnership against Impunity for the Use of Chemical Weapons on January 23rd, 2018, and call on all countries committed to fight impunity to join the International Partnership. We remain committed to securing justice for victims of chemical weapons use.

“Furthermore, the United States, the United Kingdom, and France are gravely concerned over reports of a military offensive by the Syrian regime against civilians and civilian infrastructure in Idlib, and the resulting humanitarian consequences. We also underline our concern at the potential for further – and illegal – use of chemical weapons.