Some loyalists might give up on the regime if the strike is serious, and will hold it responsible 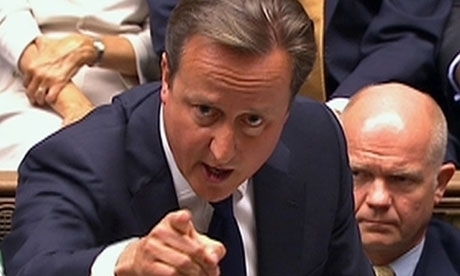 The American strike against the Assad regime has become a fact. It seems that President Barack Obama cannot afford not to initiate it. Mr. Obama’s image, as a liberal leader, has been questioned in the past months, while the forces loyal to Assad have been bombing civilian with all kinds of weapons. He drew one red line after the other. But when Mr. Assad crossed the last one by using the chemical weapons to kill some 1,300 people—most of whom were women and –he put Mr. Obama in a corner, giving him little room to maneuver out of attacking. But how have Syrians responded to that?

In principle, the Syrians are divided. Those who are still loyal to Assad have reacted defiantly. They either disproved the possibility of such a strike or downplayed its results. La-Princess Almousli, a pro-Assad female activist, wrote on her page on Facebook, “I refuse to die while sitting in my house; therefore, I am offering myself as a volunteer in any patriotic project that protects the people and the army… My blood is not dearer than the blood of those who fight on the fronts.”

But other loyalists are more defiant. “For each missile that might hit any piece of land in Syria,” writes Samir Hadad on his page, “the Syrian army will launch dozens of missiles at the terrorists sites—we will crush every terrorist that collaborates with America.”

The Syrian Observer asked Omar Kaddour, a writer and one of the opinion makers who refused to leave the country, about the Syrian people’s reaction to the potential American strike against the Syrian regime.

“The Syrian people are not united in their response to such a strike,” Kaddour said, “those who support the revolution are eager to get rid of the regime at any cost. Loyalists, on the other hand, will use the defiant position of the regime as a reason to support him [Assad].”

“But this will not last for long,” he said. “Some of them might give up on the regime if the strike is serious, and will hold it [the regime] responsible.”

But are those who support the revolution in agreement? Is the entire opposition united regarding the strike?

“If you view the National Coordination Commission as opposition, no, they are not united,” Kaddour told The Syrian Observer. “But seriously speaking, the NCC has entirely quit the opposition cause.”

The National Coordinating Commission (NCC) expressed its rejection any American plan to strike the Syrian regime.

“The National Coordinating Commission refuses any American or non-American military intervention in Syria and considers it, if it happens, an assault on Syria and its people, its history and its future,” the NCC said in a statement.

But many Syrians inside and outside of Syria, besides Kaddour, do not consider the NCC to be part of the opposition. The major opposition umbrella, the National Coalition, welcomed a strike by the Western allies against Assad’s regime.

In fact, Syrian opposition sources have said they have been told to expect a Western intervention in the conflict imminently, according AFP, which quoted Syrian National Coalition official Ahmad Ramadan, who added that "there is no precise timing… but one can speak of an imminent international intervention against the regime.”

"There have been meetings between the Coalition, the [rebel] Free Syrian Army, and allied countries during which possible targets have been discussed," Ramadan said.

But apart from the opposition forces and the fighting groups, what do the ordinary citizens want?

“These people support anything that rids them of the regime,” Kaddour told The Syrian Observer, “they have been waiting for God and America to rescue [them] for a long time.”

Such sentiments have been expressed on Facebook and other social media websites.

One person writes, “the time has come when the Shabeeha [non-army regime loyalists]have to pay the price; none of them have any hope for salvation.” Another wrote, “let’s finish this job, we want to return home.”

Writer Awad Hmeidan, wrote, “those who were silent when the regime exterminated the Syrian people have started to speak up against the strike. What they want is to be left alone with the blood of the people.”

Eiad Shurbaji, a journalist forced to leave the country and live in the US, said the strike “should have happened two years ago. Unfortunately the United States needed the killing of thousands of people in three hours to decide to intervene.”

“Had Washington intervened earlier,” Shurbaji told The Syrian Observer, “the radical lslamist groups would not have established themselves, [but instead they were able to] due to the absence of an active international role.”

Marwan Ali, a Kurdish poet who lives in Europe, wrote, “I will support even the devil if he overthrows the regime.”

Ayaal-Atassi, daughter of former Syrian president Nouriddin al-Atassi, who was toppled by Hafez al-Assad before spending over 21 years in prison until his death, wrote, “Would Qaddafi and Milosevic have stopped killing had not been for the international intervention?”

However, not all the anti-Assad activists support the attack against him. Ammar Dayoub, an active dissident living in Damascus, wrote, “The American strike is a mere American interest. And that’s why it has not happened until now. We have been against Russian and Iranian interference, and we can only be against American interference now.”

Darin Ahmad, a female poet, wrote, “To be with the revolution means to be against America.”

In brief, many Syrians, especially those who live under siege in areas such as the Damascus countryside and Homs support the possible American strike against Assad. But they are not very optimistic. Most of them fear that the strike did not come as a result of Assad’s crimes against his people or as an application of “Responsibility to Protect” (R2P), an emerging international security and human rights norm aiming to address the international community’s failure to prevent and stop genocides, war crimes, ethnic cleansing, and crimes against humanity. Instead, many believe that the United States has decided to interfere now only because Assad has used chemical weapons that may threaten its ally Israel.

It is not only tyrants who brought invaders to our countries,” Khalifah told The Syrian Observer. “Politicians and the revolution's merchants contributed and share the blame,” Khalifah added, referring to opposition groups and those he sees as trying to benefit from the conflict.

“I accuse the Coalition and the other revolution merchants of being partners of the tyrants, and they do not represent our great revolution,” he added.