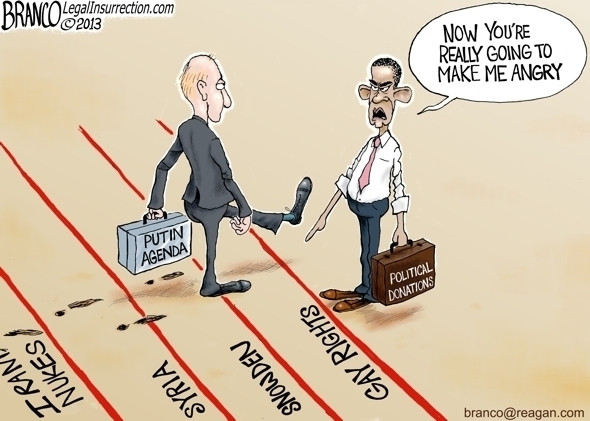 On Tuesday, Damascus made it clear it will not accept a regime change. Syria’s official news agency, SANA, cited a foreign ministry source as saying that “the Syrian people are the only ones who are entitled to talk about political legitimacy in Syria.”

To make things even clearer, the source added that an exit by Syrian President Bashar al-Assad ahead of the Geneva 2 peace conference is not in the cards.

But it’s not only that. The source went on to say that Assad will stay in power “as long as the people want him to,” adding that “whoever can't accept this reality should not attend the Geneva conference.”

This was a direct response to the statement made by US Secretary of State John Kerry, who had said in Paris, where he met with his French and British counterparts, that the Syrian president “has lost all legitimacy.”

To prove that the Syrian regime is staying as it is, Assad has taken several steps to give the impression that it is business as usual for him as President.

His government announced that it has allocated $150 million for the reconstruction of some of the affected areas in Syria as a prelude to the return of displaced population.

“The total spending on relief work since 2012 has reached more than 15 billion SP ($75 million dollars) so far,” Syrian Prime Minister Wael al-Halqi said, according to SANA.

Halqi said the government has secured the money in partnership with international and civil society organizations, because the government “is keen to secure a decent life for citizens inside Syria.”

Assad has also issued a legislative decree to implement a Law on Protection of Copyright and the Related Rights. According to the decree, the Minister of Culture will issue executive decisions and instructions connected to the Law in coordination with the Minister of Communications and Technology regarding adoption of Information Technology.

Only the government ofa stable country would pass such legislation.

Furthermore, as this past Sunday marked the beginning of the new academic year in Syria, some 18,000 schools received more than 4.5 million students at all levels of education, from kindergarten, primary, and secondary schools to vocational and teacher training institutes.

The Minister of Education confirmed [that he] will not let such an opportunity pass without employing it to serve his regime.

“The start of the school year is a winning bet for the country in spite of all it has been subjected to, from terrorism to the loss of life and infrastructure,” the minister said. He called on the students to “sing the national anthem in our schools, with heads held high and eyes looking upon the flag of the country as a symbol of pride.”

Which flag is it? Of course it is the current flag, which the Syrian people see as a symbol of the repression inflicted upon them for five decades by the Assad family.

Is this the result of the Obama-Putin agreement? Is it an indicator that the [threat of an] American strike against the Assad regime is over?

Today no one wants to be in Obama’s shoes. He is the one who has drawn the red lines, one after the other, regarding Assad’s use of chemical weapons. But, it’s not only the chemical weapons. Obama strongly believes – if we are to believe USA Today – that Assad's use of chemical weapons is a moral outrage that poses a threat to the security of the United States, and that the budding international effort to eliminate those weapons will fail unless it is backed by a credible military threat. At the same time, the United States has neither the will nor a way to end Syria's horrific, multisided civil war by military means, so it shouldn't attempt to do so.

Obama has both parts of that equation right. The question is whether they add up to a cohesive whole that can be sold to a skeptical Congress, the public and — most critically — the United Nations Security Council.

Sixty-three percent of Americans are opposed to attacking Syria, and Obama can't abruptly flip that war-weary opinion with one speech. His opponents on the left and the right are after him on this.

Senators John McCain and Lindsey Graham (both Republicans) have slammed the U.S.-Russia agreement on Syria’s chemical weapons, calling it “meaningless,” while also saying that the U.S. should be sending more weapons to Syrian rebels.

“What concerns us most is that our friends and enemies will take the same lessons from this agreement: They see it as an act of provocative weakness on America’s part,” they said in a joint statement issued Saturday.

And the peace movements and anti-war groups are besieging Obama from the other side. These groups (Code Pink, Peace Action, Win Without War, the Progressive Change Campaign Committee, and others) are mobilizing across the country at breakneck speed to halt what seemed to be an impending attack on Syria.

In the end, Obama’s image is at stake, along with the image of the Democratic Party. The coming elections are knocking at the door.

One cartoon that has become very popular represents Putin crossing several red lines: “Iran Nukes”, “Snowden”, “Syria”,“ gay rights,” etc. Finally, Obama says, “Now you are going to make me angry”. No one would like to be seen in this position.

But what are the Syrian rebels doing?

Both the National Coalition and the Free Syrian Army have rejected the Russian initiative. The Coalition chose Ahmad Tomeh as the new interim Prime Minister.

Although Tomeh is a moderate Islamist who lived all his life in Syria before being forced to flee, the opposition is not united behind him.

Hassan Abdel Azim, chairman of the National Coordination Commission for Democratic Change confirmed his strong rejection to forming an interim government in exile or in northern Syria.

As for Tomeh, in his first interview after he was elected he told Reuters that the opposition faced the “ideological challenge” of convincing many who joined Al-Qaeda to leave the group.

But the Islamists won’t listen to Tomeh. On Monday a man and woman in Homs were executed after they were convicted by a Shariah court of treason.

The pair was accused of cooperating with Bashar Assad's regime by planting electronic chips, which were used by Syrian warplanes along with GPS to identify sites in rebel-held areas of the city.

Who wants to be in Obama’s shoes now?