ISIS is now attracting Arab mujahideen in great numbers, as well as a large proportion of young Syrians who have embraced al-Qaeda’s ideology 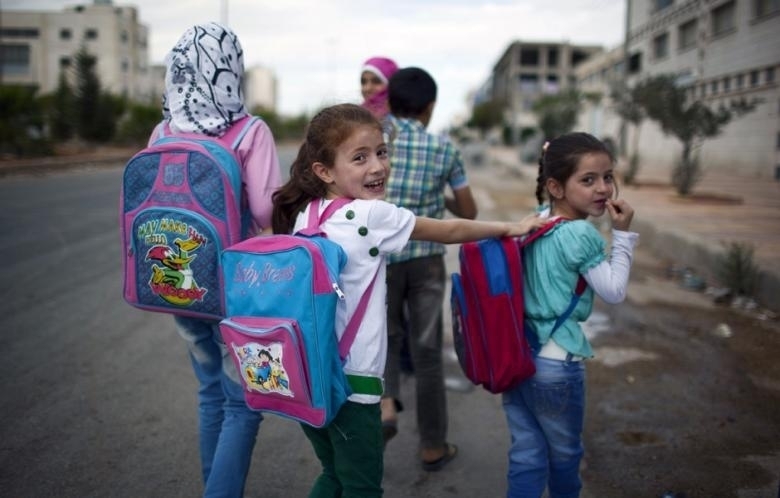 The intensity of the battles among the armed opposition groups has somewhat subsided after the Islamic State of Iraq and Syria seized several key towns and two border crossings with Turkey. However, fierce fighting continues between the group and the Kurdish People’s Protection Units.

Aleppo – The infighting among the armed groups of the Syrian opposition has subsided. All factions are slowly coming to terms with the Islamic State of Iraq and Syria’s (ISIS) superiority, and avoiding clashes with the al-Qaeda affiliate amid a general sense in their ranks that regional winds are not blowing in their favor.

To be sure, ISIS is now attracting Arab mujahideen in great numbers, as well as a large proportion of young Syrians who have embraced al-Qaeda’s ideology.Yet after 13 factions disavowed the Syrian National Coalition (SNC), announcing that they did not accept the representation of any opposition faction based abroad, ISIS’ dash to assimilate other opposition brigades and seize control of the Aleppo countryside has slowed down. The announcement had the effect of reminding all factions that the regime remains their common enemy.

Meanwhile, it seems that the move by these factions – with the exception of ISIS – to form the “Army of Islam” was to counter the SNC’s call for establishing a national army and also to counter ISIS. To be sure, ISIS is now attracting Arab mujahideen in great numbers, as well as a large proportion of young Syrians who have embraced al-Qaeda’s ideology.

An opposition source in Aleppo, speaking to Al-Akhbar on condition of anonymity, said that if current trends seen in the Free Syrian Army (FSA) and other brigades continue, then the Syrian revolution will be completely derailed and transformed into a sectarian, takfiri battle. According to the source, it is also possible that we will see – perhaps following an American deal with the Syrian regime – an international mandate for the regime to crush the revolution once intelligence is shared with the regime to facilitate this task.

The source also said that significant numbers of Arab and foreign fighters are ditching al-Nusra Front and other radical groups to join ISIS, increasing its strength at the expense of other groups. The source pointed out that there are deep concerns among opposition militants in the wake of the victories that ISIS now possesses the strongest factions in Aleppo and Idlib’s countryside.

ISIS to Erdogan: Open the Crossings or Face Suicide Attacks

In the meantime, ISIS has threatened to launch a series of suicide attacks against Turkish government interests unless Turkey opens the Bab al-Hawa and Bab al-Salamah crossings, which Ankara closed down after ISIS seized control of the town of Azaz.

The Islamic Law Council in Saraqib seized an area telecom station and cut off phone and Internet communications between Aleppo and the rest of the Syrian provinces. The threat, which came as a statement posted in jihadi online forums, gave Turkey’s Justice and Development Party (AKP) government no later than Monday, October 7, to open the border crossings. Addressing Turkey’s Prime Minister Recep Tayyip Erdogan, the statement hinted at ISIS’ responsibility for the bombings in Reyhanli and Bab al-Hawa and said suicide attacks will target government interests in Ankara and Istanbul.

At the same time, the Syrian air force continued to target weapons convoys coming from Turkey. Syrian warplanes also attacked convoys between al-Atarib and Orme al-Kubra, and between Orme al-Kubra and Qabtan al-Jabal.

In the far south of Ifrin, clashes continued between the Kurdish People’s Protection Units (YPG) and ISIS in the vicinity of the village of Otma Jandaris in the province of Idlib. Idlib is under the control of ISIS, which lost some of its outposts in the area after the death of its field commander Omar al-Chichani. The YPG was able to advance and repel takfiri militants from Kurdish villages south of Ifrin, and then counter-attacked in Otma.

Internet service in Aleppo has yet to return. The Islamic Law Council in Saraqib seized an area telecom station and cut off phone and Internet communications between Aleppo and the rest of the Syrian provinces. A source in the Syrian Arab Red Crescent in Aleppo said that negotiations with the council failed and that the council imposed lofty taxes to reactivate services at the station, but did not ask for the release of detainees as it had done before.

The Syrian army continues to make progress along several fronts in the Damascus countryside, most importantly in Qaboun, Zamalka, and Jobar. The army was able to enter Zamalka after consolidating its control over the western fringes of the Syrian capital in the direction of the southern ring road.

A Syrian army field officer told Russia Today that the Syrian army units had entered Zamalka from the direction of the industrial area in Qaboun and secured its roads and buildings. Despite this progress, operations carried out by opposition fighters continue, with a view to regain the outposts they lost in Jobar.

On Saturday, September 28, Ahmad Dekhadij, a leader from the Belgian Islamist group “Sharia for Belgium” was killed in combat in Syria. Dekhadij was fighting alongside other radical groups against the regime. According to Belgian TV RTBF, Dekhadij is the tenth Belgian national to be killed fighting in Syria. Sharia for Belgium was openly active in Brussels and Antwerp until its leader Fouad Belkacem was arrested last spring recruiting young people to fight in Syria.