The man had spent the bulk of his life in prison, defending freedom of thought and opposing extremism 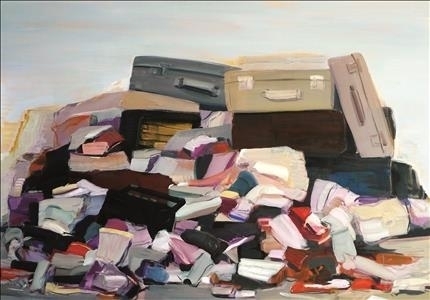 “I want my husband’s corpse!” This is not a caption from a movie poster. It is a sentence that you frequently hear today in Syria, though in different phrasings, from many women who have lost their men in battle, without knowing where they were finally buried.

The phrasing quoted above was one used by a displaced Palestinian woman who lived in the Syrian northern city of Aleppo. She and her husband had spent their prime years incarcerated in the Syrian regime’s detention facilities for being friends with “the Communist Labor Party,” a famous leader of which, Mr. Abdul-Aziz al-Khayer, has been missing for more than a year now after being kidnapped along with two of his “Coordination Committee” fellows at the Damascus Airport Highway.

No sense of romance could be felt in the communist lady’s words. She spoke with the spirit of a leftist comrade, who has paid a dear price for being an advocate of the causes of justice and freedom of expression and belief. She had spent long years in the cells of darkness, and her husband was buried later in a grave of radicalism.

In a neighborhood that had been turned lifeless by a tight siege imposed by both sides of the strife, her husband passed away at night, as he lost his three-year battle with cancer.

That was what she feared most: to be left alone. She had no relatives or anyone to ask for help. She was alone amid scores of snipers stationed at high windows and on rooftops. No ambulances could make it there, nor could she walk out with carrying his body.

She and her little children had struggled to bring a pile of firewood in an attempt to keep him warm and alive as long as possible. But he let her down, passing away at one of the gloomy nights of that city, leaving her alone with his dead body which she had no idea where to bury and did not even afford a shroud for.

“I didn’t know what to do,” she said. “For me, the shock of his death was too much to bear… I told my neighbors ‘take him! Bury him wherever you want!’ Unluckily for me and him, the only place where they could bury him without having to pay was a graveyard controlled by Jabhat al-Nusra. When I learned he was buried there, the news came to me as another shock. I want my husband’s corpse.”

The man had spent the bulk of his life in prison, defending freedom of thought and opposing extremism. He stood up against tyranny no matter wherever it came from. However, his life ended in a grave which was way far from what he had long believed in. Apparently, the man had been able to choose his path through his life, and paid the price for it. In the end, however, he could not choose a grave that would suite his legacy.

The Palestinian lady was displaced twice throughout her life. She witnessed the destruction of two countries: first Palestine and then Syria. She had seen how the devastating war swept over Syria sparing nothing. However, she still believed all of this was a temporary time that would finally come to an end. She thought no armed faction or group would be able to monopolize, or impose a strange identity on, Syria.

“All of this will be over. And I will recover my husband’s corpse,” said the lady, who does not agree with the mainstream Syrian opposition.

Many have expressed fears over the advent of radical Islamic militants into the Syrian revolution. Those warned against taking up arms, and stressed the “national principals” and that the Syrian revolution should stay peaceful, non-violent and non-radical. Others, however, did not see arming the revolution as an issue. In fact, they thought armed resistance was a main element of the revolution, as it could protect peaceful protests, which no longer exist. As a result, the death toll has increased, there have become more and more small dictators, and the country has been ruined.

Defected soldiers and persecuted civilians are no longer the only fighters on the battlefield; new players have entered the scene: al-Nusra and the Islamic State of Iraq and Syria (ISIS), who have become widely known today. Most of the Syrian opposition kept defending al-Nusra and ISIS as a main part of the revolution, until the reality of those two factions manifested as an ethical scandal.

Advocates of an armed revolution do not differentiate between the regime and the state. They don’t care who is going to bring down the regime, who funds such forces, or where such forces would take the country. They welcome anyone, even clergymen such as Sheikh Arour and extremely radical TV channels, for the sake of overthrowing the regime. They argue that no one should be excluded from the revolution as long as they share the goal of toppling the regime. But how can exclusionist mentalities, which call for slaughtering anyone who disagrees with them, whether with or against the regime, can be part of a democratic pluralistic state?

Sheikh Muaz al-Khateeb expressed frustration when the United States designated Jabhat al-Nusra as a terrorist organization. We might understand al-Khateeb’s position, as the latter is an Islamist and a clergyman. However, it is absolutely shameful for a leftist like the former president of the Syrian National Council George Sabra to say that “We have defended Jabhat al-Nusra more than it defended itself.”  Now the question is: how can we herald a civilized pluralistic Syria with such a terrible lack of trust and principals? How can we trust a Marxist opposition figure such as Michel kilo, who has gone against common sense and all what he had long believed in with the first flirt from al-Nusra? However, the ever fluctuating man said later on that “We thought Syria would be heading for a democratic system once the current regime falls. Today, we no longer think so.” We wonder what caused Kilo to jump from “I would cut my own hand off if I go to Geneva,” to “If Geneva conference fails, Syria is going into a wide scale sectarian war… Many obstacles are on the Syrians’ way out of tyranny. It is impossible to achieve freedom and getting rid of a tyrannical regime using its same mentality and tools”? Then what is Kilo doing with an opposition coalition controlled by such a mentality? Is he bluffing and manipulating them and leading them against their nature?

The Islamic Alternative will not be democratic

Every Syrian realizes today that the Islamic alternative will not be democratic, and that for Syria, a unique way should be adopted towards democracy and a state of law. However, most of the thousands of Syrian opposition politicians and ex-detainees have not figured out that unique way yet. They have already chosen to build on their anger of the past, not on the hopes of the future. In this, they have been helped by the unmatched brutality of the regime. Thus, they stayed away, in Istanbul, Doha, Paris and other cities which are their voluntary or compulsory exiles. They ask for arms to kill Syrians. They get paid in stinky dollars to hold their sectarian conferences. Their only guidance is either hatred or the financing sponsors. How can we trust an opposition figure who has changed his stance in two years more than a snake can shed skin?

Syria today is a corpse carried on shoulders, and the only free grave available for her is a grave of radicalism.