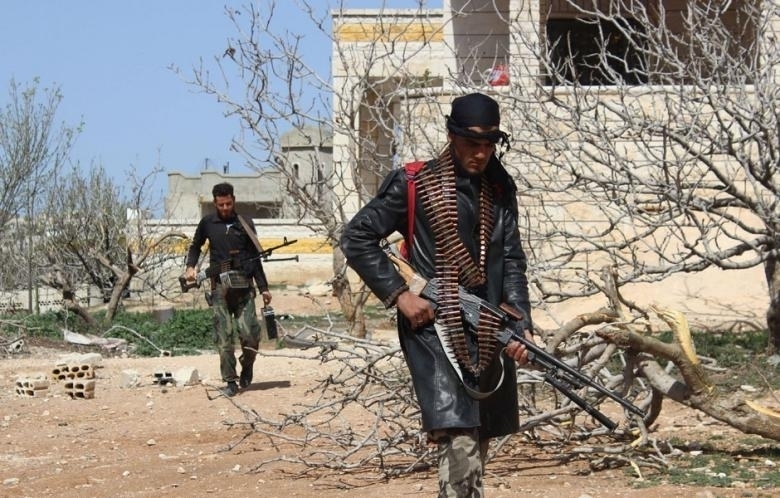 Tensions continue to escalate between jihadist factions in Syria. Spokesman of the Islamic State in Iraq and Syria (ISIS), Abu Mohammed al-Adnani released a threatening audio message yesterday, titled “We invoke Allah to curse the liars.” Meanwhile, al-Nusra Front sources told Al-Akhbar that they will retaliate on the “battlefields of jihad.”

Yesterday, it appeared as if Syria was on the verge of a new stage of conflict between jihadi factions, one that is expected to escalate full to a “jihadist civil war” between ISIS on one side and al-Nusra Front and the Islamic Front on the other.

The call to mubahala is an attempt to escape confrontation but our retaliation will only hit them on the battlefieldThe first signs of this impending civil war appeared in ISIS spokesman Mohammed al-Adnani’s audio message. He tried to entice jihadists by addressing “all those who seek jihad in the name of Allah… all those who got confused, who are now lost and fearing sedition and seeking reason, and those who consider stopping, backing down or staying neutral.”

Though his message sounded rather calm, it in fact clearly carried direct threats against all those who stand against ISIS. He described al-Nusra Front as the “Deception and Betrayal Front.” He also slammed the Islamic Front, describing it as “the Harm and al-Saud Front (referring to the al-Saud family that rules Saudi Arabia). Al-Adnani also stressed ISIS’s hostility toward the United States and the West, saying: “there is no other country on earth that has united all infidel forces against ISIS.”

Al-Adnani implicitly called upon jihadists to join ISIS, saying “oh people seeking righteous… how could you join the ranks of Salim Idriss the devil, or al-Jarba party, or even Jamal Maarouf’s militias and others supported by the Saudis, America and the infidels of the West.”

Al-Adnani reiterated that it wasn’t ISIS that started the fighting between jihadist groups, claiming that “accusations against it are void,” and threatening all those “who don’t fear Allah’s wrath and they that dare to attack us.”

He appeared even more threatening when speaking about “the fake claims that the ISIS refused to follow sharia,” presenting many examples when ISIS accepted verdicts issued by the joint tribunals. However, he stressed that tribunals invoked by al-Nusra Front are unacceptable. “Maybe their first ruling would be that ISIS leaves Syria and give up the land to thieves and traitors,” al- Adnani said, adding, “that’s something that would call for hitting heads, breaking necks, and splitting open abdomens.”

He also slammed the initiative of Saudi Sheikh Abdullah al-Mouhaysini who was recently injured in the head after joining the ranks of the Islamic Front in the industrial district in the Sheikh Najjar region in Aleppo.

While al-Adnani ignored the threats of al-Nusra Front chief, Abu Mohammed al-Golani, he insisted on responding to Abu Abdullah al-Shami, known as the “al-Nusra judge,” and a member of its Shura council. He called him a liar and called upon him to resort to mubahala (an Islamic tradition where two opposing sides mutually pray for the truth).

Al-Adnani denied that ISIS accepted to mubahala, referring its dispute with al-Nusra Front to al-Qaeda leader Ayman al-Zawahiri. According to a jihadi source speaking to Al-Akhbar “al-Adnani’s message is a proof of ISIS’s incapacity to confront others. It is crumbling to the point that it is now seeking pity from other jihadists.”

“The call to mubahala is an attempt to escape confrontation but our retaliation will only hit them on the battlefield,” the source affiliated with al-Nusra Front said. Sources close to the Islamic Front refused to comment.

Meanwhile, a Chechen source affiliated with ISIS said, “the most important part of Sheikh al-Adnani’s message was he slammed al-Golani, not al-Nusra Front. We are the true fighters of al-Nusra Front, the group sent by Emir Abu Baker to Syria and integrated within the Islamic State. It is now time to put matters into perspective.”

His real name in thought to be Taha Sobhi Falaha and was born in 1977 in Banash, a village in Aleppo’s countryside. He was first the spokesman of ISIS and was later appointed an emir over the Levant.

According to jihadi sources “Sheikh al-Adnani was among the first foreign fighters in Iraq when the American campaign began. He is also a member of the Shura al-Mujahidin Council.

The Multi-National Forces arrested al-Adnani at Iraq’s al-Anbar in May 2005 under his fake name “Yasser Khalaf Hussein Nazal al-Rawi” and was released in 2010.