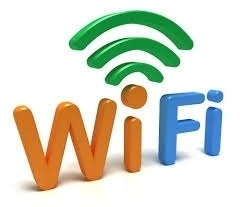 Since the beginning of the military operations in the countryside of Idlib, the regime intended to disconnect wired and wireless communications there. People have lived disconnected from the outside world, with the only remaining way to connect to and receive news from the outside world being satellite. Ahmed says “Since the beginning of the revolution, the regime have disconnected most of the means of communications in the countryside of Idlib.”

People use many ways to communicate with the outside world, with satellite and internet being primary among them. Many brands were famous, like Tooway, Astra, and HughesNet, devices that helped the activists communicate with the outside world and made it possible for people to call their relatives. They were used in only a few areas at first, but later spread to cover most of the Syrian areas.

Abu Ahmed al-Idlbi, an activist, confirms, “Tooway covered most of our needs as activists, allowing us to broadcast our voices and communicate with TV channels.”

Some places in the villages receive weak coverage. There is a rock in al-Ghadafah village that people from everywhere seek out—at first sight you would think that it’s just a rock, but it’s actually one of the most important coverage towers, according to people here.

Qusai, a resident in al- Ghadafah village, says “the village’s communications were disconnected two years ago, by coincidence we discovered that this rock receives coverage from [phone companies] MTN and SYRIATEL.”

The cellular stores closed after losing almost all of their customers, and their owners moved their work into other fields. It’s rare nowadays to see someone on the street with a mobile phone in his hand. Many people lost their jobs because of the current situation, and the rest are hardly working because of the loss of communications. The rock was a partial solution for merchants to continue their businesses. Jameel, a trader, declares, “I’m from a village that’s 15 Km away, I use the rock to carry out my businesses.”

People have had enough of this ongoing situation, which has lasted continuously for almost two years in some areas. The countryside of Idlib is under the rule of the opposition, which should provide communications and find appropriate solutions for the situation. Most of the residents here hope the opposition will deliver a communication network for the areas that are outside of the regime rule. “The communication situation is very complicated and it’s very difficult to communicate with others, we hope that the transitional government would find the solution for this problem,” said Qussay.

For a while, the only radio channels available were the ones that followed the regime, like al-Madinah and Sout al-Shabab. But recently many of the opposition channels have reached the area like Rozana, Hawa Smart, al-An, and Orient. Ahmed, a driver, says “In the past I didn’t listen to the radio, because all the channels were followers of the regime, and I like to listen to the radio as a driver but not to a channel that follows the regime because I hate the regime and its followers.”

The communications crisis reaches all the Syrian cities, including the capital Damascus, where some of its neighborhoods witness daily disconnections and a general drop in network performance. The Syrian government attributes the halts of many of telephone centers to sabotage, power outages, and the difficulty for companies to reach some areas to fix the damage—in addition to the difficulty of foreign contracting and spare parts supply. This is not to mention intentional destruction of the connection cables, robberies of storehouses, and the occasional burning hundreds of kilometers of cables inside.

The need for cell communications has become urgent for Syrians, especially with these insecure conditions. Om Rami says, “With all these killings, kidnapping and explosions, I feel that I have to check on my family members every hour by cell phone, but the network is dead many hours of the day.” The woman holds the communication companies responsibility for this, saying “ they monopolize the market and blackmail us.” Om Rami does not deny the large destruction of the network infrastructure, but she condemns that “the network is down whenever the power is down.” She asks, “Is it reasonable that big companies with huge revenues do not have power generators?”

In the Idlib countryside, a small hill gathers people from several villages just to use their cell phones. Only a small area of the hill has coverage, which is why it’s been “a communication center.” Every occasion, such as al-Eid, the place become so crowded, and voices are loud and interfere with each other. Abu Raia came to the hill so he could talk to his [recently] married daughter in Damascus, his joy was obvious all around while he listened to her voice and responded in a loud happy tone. He spoke to us, saying, “I came from 15 kilometers away just to give my heart some relief by speaking to my family members, I ask Holy God to unite us again.” This piece of land has become a place that almost everyone in the Idlib countryside thinks about. The questions remains: when will Syria became a gathering hill for all Syrians?