"We were going to be married in Italy, and then we would live in Europe - we hadn't decided where," says Zamel, a slim 19-year-old Syrian with gentle eyes 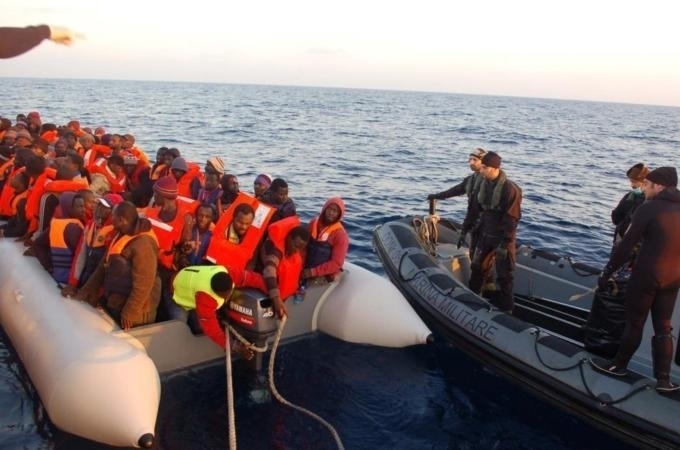 When Doa al-Zamel and her fiance embarked on a voyage across the Mediterranean in an Egyptian fishing trawler, they felt their dream was coming true.

"We were going to be married in Italy, and then we would live in Europe – we hadn't decided where," says Zamel, a slim 19-year-old Syrian with gentle eyes.

She and her family had fled the war-torn city of Deraa and spent two-and-a-half years in a refugee camp in Egypt. Her flight, even from that safe haven, is a reminder of the state of limbo in which similar camps in Jordan, Turkey, and Lebanon keep some three million Syrian refugees.

What Zamel and 500 fellow travellers met with was nothing short of mass murder on the high seas. They set sail from the Egyptian coast on September 6, with the boat covered with humans from the bow to the stern across all three decks.

"On the fourth day after we set sail, between noon and two o'clock, we were met by another fishing vessel," Zamel recalls. "The people on it asked us to stop. They threw pieces of metal and wood at us and swore at our captain. Our boat refused to stop and they rammed us. They waited until we had sunk and they left."

Hamad Raad, a 24-year-old Palestinian barber from Gaza, was in the hold when the ship was rammed astern on the port side. "As soon as the craft was struck it listed to the left," he says, throwing panicking women and children seated on the starboard side across the floor. "We started to sink from the stern quickly … The shouts and noise went on for maybe 20 seconds. We heard nothing after that," he says.

Raad says he swam out through an open window and watched the ship's bow disappear vertically beneath the waves.

The identity of the ramming vessel and its motives remain a mystery. Greece's Hellenic Coast Guard says the attackers may have been the contracting people smugglers themselves, trying to reclaim the boat for a different set of passengers. "We believe the attackers were trying to transfer everyone to a smaller boat because they needed the larger one," says a senior official who spoke to Al Jazeera only on the condition of anonymity.

Among those who drowned was Zamel's fiance. She estimates between 100 and 125 people initially survived. They clutched plastic canisters, life vests, and inflatable toys to remain afloat, but over the next three days, as they drifted across the open sea without food or water, most perished.

Zamel and Raad soke from the confines of a private house in Chania on Greece's island of Crete, where they were evacuated on Hellenic Air Force helicopters after being spotted by patrol aircraft. Their faces were mottled with raw, pink skin from severe sunburn. Raad's neck bore open wounds where the life vest had rubbed against it. Such marks were small testimony to the trauma they endured after the sinking.

"The men would urinate into bottles and give it to their children to drink. And I myself urinated into a bottle and drank it," says Raad.

"Some people died of stress; others willed it to happen," says Zamel. "One man took off his own life vest and sank. Some died of fear, some of cold."

"In the beginning, people clung together in groups," says Raad, who found a life vest in the first moments after the sinking and put it on.

"But each day the groups thinned. On the third day, people lost their senses. Two people came up to me and told me I had taken their life vest and that it belonged to them, and made to drown me. Many of us were afraid after that.

Raad says he also lost his senses. "I hallucinated that I had walked into a hotel and was asking for a room and food and drink, and I imagined that I was arguing with the hotelier. And I took off my life jacket and began to sink … but the sinking brought me back to my senses."

As hope of being rescued diminished, people resorted to desperate measures. Zamel became a focus of attention because she had an inflatable plastic ring. "A grandfather who had a one-year-old baby girl on a canister asked me to look after it because I had an inflatable ring. And I put the baby on the ring and kept it," she says, fighting back tears.

"Then a mother came with an 18-month-old baby girl and a six-year-old girl and asked me to take care of the baby, and I kept it too. I watched the grandfather and the mother and her older daughter die. The one-year-old baby died just before we were rescued."

Zamel says the thought of saving the infants she had been entrusted with helped her stay alive. She managed to save the 18-month-old girl, who recovered from kidney failure after two days in intensive care on Crete.

UN High Commissioner for Human Rights Zeid Ra'ad al-Hussein urged countries to bring the perpetrators to justice. "The callous act of deliberately ramming a boat full of hundreds of defenceless people is a crime that must not go unpunished. If the survivors' accounts are indeed true – and they appear all too credible – we are looking at what amounts to mass murder in the Mediterranean."

Greece is a major entry point for people – mostly from war-torn countries in the Middle East and Africa – seeking a better life in Europe. Migrants typically pay smuggling gangs to clandestinely ferry them to Greek islands, frequently risking their lives in unseaworthy craft.

The passengers on the ill-fated trawler were a mixture of Syrian, Palestinian, Sudanese, and other war refugees. Spiralling conflicts in the region are displacing ever more people. The Hellenic Coast Guard says the number of irregular migrants it intercepts is climbing, too, from 3,345 in 2012 to more than 10,000 last year. They expect to pick up triple that number this year.

The difficulty of stopping smugglers and traffickers is apparent from its profitability. Zamel and Raad paid $2,500 and $2,100 for their passage, respectively, putting the value of just this trawler's human cargo at well over a million dollars.

Asked why he was willing to undertake such expenses and risks, Raad says he has watched too many of his friends and relatives die in Gaza.

"Since I was born, I don't remember a good day. There is tyranny. There is no life or laughter. You don't know what day someone is going to come and kill you."

He says he and two friends, who drowned, "were bound for a country where human life is respected".

Zamel and Raad have been given immunity from deportation as refugees. Asked whether she plans to file for asylum in Europe, Zamel says: "I don't know. Our dream was to make a life together in Europe. That's all gone now."