Thanks to new regulations, many Syrian workers in Lebanon now face a choice between remaining there illegally or losing their livelihoods 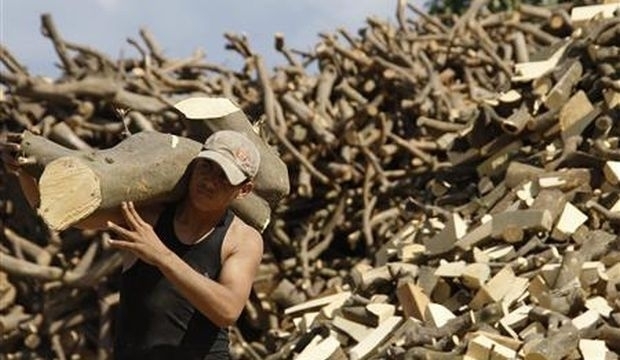 Thanks to new regulations, many Syrian workers in Lebanon now face a choice between remaining there illegally or losing their livelihoods.

Designed to help Lebanon cope with the massive, overwhelming influx of over a million refugees into a small country of 4 million, new regulations for Syrians entering Lebanon introduced this week mean many migrant Syrians are now confronted with new and bitter choices.

Ali, a Syrian living and working in Lebanon for over seven years, is now sure he will no longer be able to see his family back in Syria every four months, as he has been doing since he came to Lebanon. Previously, he would periodically return to Syria for brief visits to his family and then re-enter Lebanon, renewing his six-month work residency in the process. But now, he says, “the new procedures will force me to make a decision between two difficult choices: either I don’t visit my family and continue to stay in Lebanon illegally, or I leave the country without returning.”

Starting this week, all Syrians already in Lebanon and those wishing to enter the country will have to obtain entry visas as well as provide documents proving the reason for their stay—whether tourism, to obtain medical treatment, transact business, study, or work. The procedure is the first of its kind between the two countries, who have for years allowed their citizens to enter into one another’s territory freely upon production of identity papers.

The Lebanese government says the new procedures are there to help them differentiate between refugees and non-refugees in the country, which is already host to over 1 million registered Syrian refugees. The tiny Mediterranean country has struggled to keep its economy afloat while dealing with the influx of the refugees from its war-torn neighbor. Social tensions have also arisen due to the presence of the refugees in a country still plagued by sectarian schisms and already host to a large number of Palestinian refugees.

Changes to the regulations actually began months ago, when Lebanon tightened entry requirements for refugees. Authorities had received complaints from Lebanese citizens concerned that the large numbers of refugees were putting a strain on the country, especially on the labor market and Lebanon’s already beleaguered water and electricity sectors (the country has experienced debilitating shortages of both during 2014). A recent attack on the Lebanese border town of Arsal by fighters coming from Syria, during which a number of Lebanese soldiers were kidnapped, may also have hardened Lebanese attitudes to the Syrians in their country. Some reports had even suggested the fighters were already in the camps in Lebanon, posing as refugees, when the attack occurred.

Temporary Syrian workers like Ali, who work on a job-by-job basis and have no permanent employer in the country, are some of those who will be most affected by the new regulations. In the past, such workers only needed an official document—which could be obtained from Lebanese authorities in Syria—allowing them entry into Lebanon for six months, and which could easily be renewed after expiring.

Due to agreements between both countries going back to the 1990s, workers from Syria entering Lebanon are used to only having to provide some form of identification to the authorities—not even a passport was necessary; a national ID card would suffice.

However, as a result of the new regulations, those working in the country will now, in addition to obtaining a work visa, also have to secure a Lebanese sponsor. This would ideally be their Lebanese employer, as the sponsor must guarantee the legitimacy of the worker’s presence in Lebanon, as well as provide proof of their place of lodging and work, and, on the basis of what the Lebanese government is government is calling a “principle of shared responsibility,” will also be culpable alongside the worker if any rules are broken.

Ali, who works as a builder in an informal workshop north of Beirut, will find it difficult to meet the new requirements to find a sponsor, since he is not officially employed by a native Lebanese. He tells Asharq al-Awsat he has no employment contract with a single employer in Lebanon, and instead—along with his fellow Syrian workers at the workshop—takes on whatever odd jobs he can find, jobs which “may last just hours, or maybe even a whole week, depending [on the circumstances].”

“I won’t be able to enter the country once again if I leave, because I will find it difficult to obtain a sponsor, since I don’t officially work for anyone,” he says. There are no Lebanese at the workshop where he works, he says—which is not unusual: informal Syrian workers have been a regular feature in sectors such as construction and agriculture in the country since the 1950s, and often dwell, as Ali does, on the outskirts of Beirut.

“I’ve been renting a small place with my brother and two of my colleagues—who also work as builders—for six years now, handing over our rent on a daily basis. It is unlikely the authorities will find me here, but if I were to leave to visit my family in Syria, I would not be allowed back in. There are thousands of other Syrians like me who will face the same problem,” he says.

One of them is Abdul Hadi, another Syrian in Lebanon, who works as a greenhouse farmer. He tells Asharq al-Awsat he will now be forced to remain illegally in Lebanon. Like Ali, he is a temporary worker, and not officially employed by anyone, so will experience difficulty in finding a sponsor.

“When work is scarce, I start looking for work from other people in nearby areas,” he says. “Even if I were to find a sponsor, this would give them the opportunity to exploit me. This is an illogical choice for a Syrian used to working freely in Lebanon, and will not provide me with the money I need to support myself and my family.”

Lebanese authorities say the new regulations are there to help them “keep track of who is in the country and their whereabouts and movements.” What is certainly clear from Ali and Abdul Hadi is that despite years of working legally in the country, they will now, as a result of the regulations, be outside the law. Such temporary workers have been a mainstay of the Lebanese economy for decades and will likely remain so, albeit on the wrong side of the law, and in a state that offers them fewer legal protections than ever before.