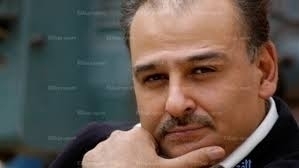 The Syrian Network for Human Rights recently published a study of the most prominent violations committed by Syria’s warring parties against artists.

Under a report titled: "Syrian Artists Between Freedom and Tyranny", the Network claims that Syrian artists’ attitudes were split towards the popular uprising in their country: one group supported the uprising and people's demands, another group stood with the ruling authorities, while a third group remained silent. Those who supported and advocated the popular uprising were either killed or tortured, or subjected to forced disappearance or other types of violations.

Those who supported the authorities and obtained financial and moral support from the regime were used in the distortion campaigns targeting the popular revolt, along with campaigns to smear their colleagues who supported the uprising. In addition, they joined efforts to promote presidential elections and other campaigns in support of the authorities. The most notable of this group were Duraid Lahham, Soulaf Fawakhirji, Salma al-Masri, Mustafa al-Khani, Wael Sharaf, Ahmed Rafi and the singer Shadi Aswad.

The report emphasized that the participation of Syrian artists left a significant mark on the popular movement. Though they were threatened early – because their position supported the civil and peaceful movement which lasted almost nine months, and their public image played an key role in the expansion of the popular movement – Syrian artists had a strong presence in the peaceful movement over the first two years of the protests. Most of their work was marked by collective action, by taking part in the peaceful demonstrations or the funerals of victims who were killed by government forces.

The report states that the first humanitarian statement issued by Syrian artists deliberately avoided any political demands. Instead, the statement demanded the delivery of humanitarian aid including food, medicine and milk to the children of Daraa, which was besieged by government forces. The statement, dubbed the "Milk Petition", was launched by writer Rima Fleihan through her profile on Facebook on April 29, 2011. A large number of artists were among the signatories, including Mona Wassef, Yara Sabri, Maher Salibi, Kinda Alloush amongst others, while the total number from all categories and political trends reached over 1,200 signatories. The simple statement was met with violence and cruelty from the Syrian authorities, who launched a security crackdown of mass-arrests, expulsion of jobs and beating of some of the statement’s petitions.

According to the report, the most prominent aspect of artist participation in the peaceful movement was at a demonstration labeled the "Demonstration of Intellectuals", on July 13, 2011 launched from al-Midan in front of Al-Hassan mosque in Damascus. Briefly before the demonstration was due to commence, 19 artists and intellectuals were arrested, including Mai Skaf, Ahmad and Mohammad Malas, writers Rima Fleihan and Rim Mashhadi, the journalist Iyad Sharabajee, amongst others. They were only released four days later while dozens of other artists and participants were either beaten or threatened.