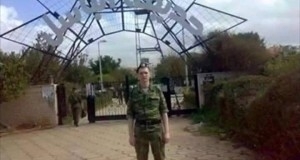 Since day one of the Syrian revolution, Russia has reaffirmed the need to preserve both Syrian state institutions and Syria’s independent decision-making process. At the same time, Russia has criticized the West, the U.S. and other countries in the region for their intervention in Syria and the international community for applying double standards toward Syria.

Meanwhile, it covered up the Iranian presence in Syria, turned a blind eye to Hezbollah, and supported the Assad regime by muting condemnation by the international community and by providing substantial assistance to the regime including military support. By doing so, Russia hoped that the Assad regime would survive and overcome the ongoing crisis.

Nonetheless, the interventions by Russians and other countries such as Iran failed to prevent Syrian state institutions from collapsing. Syria’s national economy drifted to an inevitable disaster; the security services have collapsed; and the Syrian army has disintegrated and mutated into feuding armed militias. Iranian and Hezbollah-affiliated militias call the shots in most battles. In the end, Moscow decided to secure its presence in Syria, especially within military and security apparatuses that Moscow believes are the most loyal to Russia among different branches of Assad’s regime. This coincided with the development of Russia’s role in the negotiations on the regime’s future political status, which are now unfolding on regional and international stages.

Assad’s regime does not oppose Russia’s expanding role in its territories; in fact, the regime even boasts that Moscow’s decision to hunker down demonstrates the strength of bilateral relations.

Information leaked from sources close to the regime has confirmed the expanding presence of Russians in Syria. Italy’s AKI news agency reported that an agricultural airport in Tartous was converted into a military airbase to meet the Russian demands, although it was originally planned to be converted into a civilian airport by 2012. The airbase is now operated and used by Russian armed forces.

The Kremlin did not deny its ongoing cooperation with Assad’s regime. Dimitry Peskov, the press secretary of Russian President Vladimir Putin, said that he does not have any information regarding the increasing volume of Russian military aid to Syria.

AKI cited Maria Zakharova, the spokeswoman for the Russian Ministry of Foreign Affairs, as saying that Russia has never concealed its military support to Syria with the purpose of fighting terrorism. Zakharova stressed that the Russian FM Sergei Lavrov told John Kerry that it was premature to discuss Russia’s participation in military operations in Syria.

Nevertheless, Ahmed Rahal, a rebel Brigadier General, argued: “Russia’s intervention is not intended to protect Assad’s regime because Russia has already realized that the regime may fall at any moment. This is a rapid intervention to preserve Russia’s interests in Syria now and after the fall of Assad.”

Rahal believes that a Russo-Iranian conflict is happening behind the scenes. Russia does not want the Iranian influence in Syria to expand, which is already seen as a threat to its interest in the country, especially in the coastal region. “Under such circumstances, Russia is reinforcing its presence to ensure its position in any future solution for Syria,” Rahal added. He does not anticipate a direct conflict between Russians and Iranians because they share common interests; however, he believes that Russia will leak more information about its presence in Syria to pressure Washington to secure more gains in Syria.

Rahal explained that Russians are about to certify Humaimim Airport in Jablah for military use, while expanding Tartous Airport and setting up two military bases in Tartous and Humaimim. Rahal also confirmed that nearly 1,000 Russian military personnel are currently deployed on the outskirts of Lattakia, where a small residential area is set up for them. “The Russian forces do not engage in battles on the ground; they are only leading the battles in situation rooms,” he said.

Rahal pointed out that Russian warplanes were seen in Idleb on Monday. He also told Madar Al-Youm that one of the largest surveillance stations was moved from the headquarters of the Lattakia naval forces to Mount Nabi Yunis to monitor the flights of the international coalition, and that a new station was established near Humaimim in Jablah.

In Damascus, a Russian surveillance station in Qaboun, whose role was limited to spying on communications, was relocated to the Russian operations headquarters where more than 1,000 Russian experts are located.

The purpose of the Russian maneuvre is to protect Moscow’s interests in Syria in either scenario: Assad remaining in power or his departure.