Plant Production Department chief predicts drop in cotton production by over a half in 2015, according to pro-regime news sources 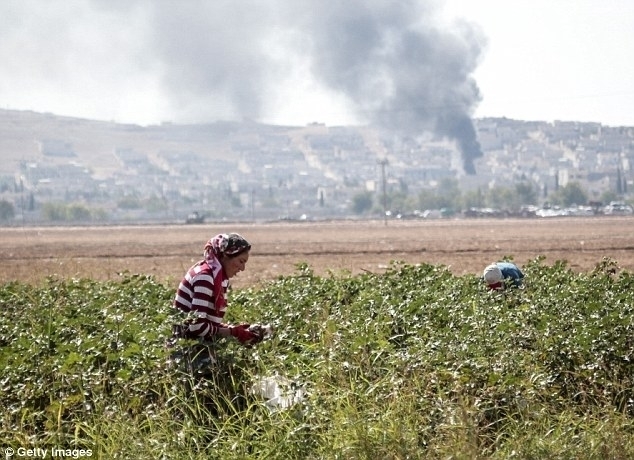 Cotton production in the northeastern province of Hassakeh has drastically declined in 2015 following almost five years of conflict and a lack of insecticides and fertilizers, local farmers said.

The harvest – which started at the beginning of September – is about to finish, with production rates showing a significant decline, forcing some farmers to sell crops to sheep owners for feed to help cover costs.

Farmer Hussein al-Barho told Zaman al-Wasl via phone that workers finished harvesting his 40 acre property on Tuesday. The harvest reached 50 bags of 150 kg capacity, with each acre producing less than 200 kg, compared to an average of 350 kg in previous years.

Barho explained that this years’ harvest was affected by worms, which had devoured the cotton plants due to a lack of pesticides in the region. According to Barho, most farmers had searched for agronomy experts in regions of Ras Alain, Abo Rasin and Tal Tamer, but could not find anyone to inspect the yield to determine the type of disease.

Speaking to the regime-affiliated Furat newspaper, Rajab Salameh, head of the Plant Production Department, said: “The total area planted with cotton reached 7,000 hectares as a result of the statistics of the specialized departments in the Directorate of census, compared to 45,843 hectares of the area in 2010.”

Moreover, Salameh expects production for the current season to reach only 28,000 tons – compared to an average of 250,000 tons a year before the revolution, and 60,000 tons last year.