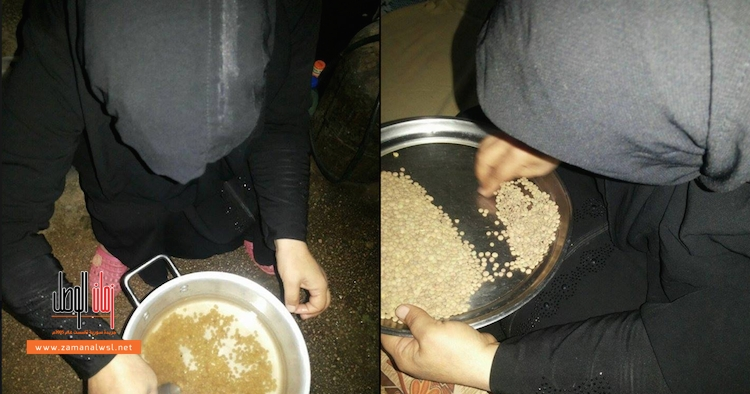 Nahla Ayosh, a 50-year-old widow from Qusair in the countryside of Homs, cares for five daughters and two granddaughters in a tiny tent on the Lebanese border town of Arsal after the death of her husband and only son.

Speaking to Zaman al-Wasl, Nahla said she was slapped in the face by an aid worker while trying to get some donated food. She later decided to stage a boycott of the aid agency and rely on herself.

Following a series of tests, Nahla decided to sell her kidney in order to get enough money to provide for her family. But Nahla is not the only Syrian to have considered selling their body parts to pay for living expenses.

Abdel Moeen Bakar, from Qusair, also decided to sell his kidney to pay the legal fees to free his wife from prison after three years, and return her back to her children.

Speaking to Zaman al-Wasl, Dr. Abdul Majeed Rahal explained that one kidney is enough for a person to survive, as long as it is healthy and free of stones.

According to Sheikh Mohammed Khair Hajeri, selling or trading any part of the body is not allowed under Islam, because the body and all its part are gifts from God, but added that donating body parts is permitted as long as the donation does not put the donor at any risk.