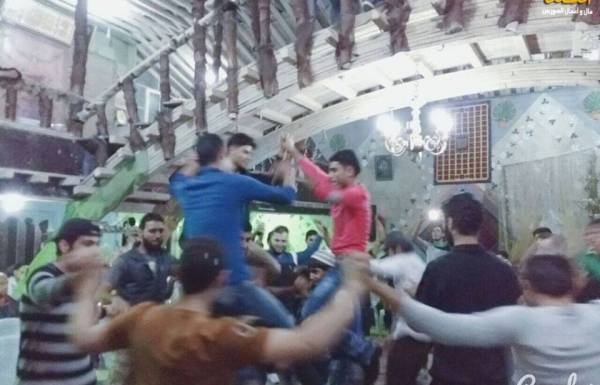 Getting married has never been easy in Syria, but circumstances changed following the revolution, as war, continuous shelling, the absence of security, mass displacement and homelessness have all affected weddings in the same way they have affected all other aspects of Syrian life.

But Syria’s besieged areas differ from other parts of the country, as fewer demands are now required from suitors’ families to approve marriages. Mohammed, 25, said the demands from his fiancé's family were simple and appropriate considerng current circumstances in Muadamiyat ash-Sham.

Mohammed said he was able to hold a ceremony on the occasion of his marriage in spite of the blockade and his bad financial situation.

"I managed to marry two months ago, and despite the high costs of the wedding and commodities, the bride's family did not ask a lot from me."

Mohammed added: "After reading the Fatiha, we had to agree on the dowry and other things, but my father-in-law asked me for a dowry of no more than 200,000 Syrian pounds [$900]".

In a similar story, Jihad, 22, explained that his marriage was relatively easy, as the bride's family asked him to pay a simple dowry, and "to make their daughter happy," he said.

"It is very common these days to ask for an unpaid dowry. When writing the marriage contract, the groom agrees with the father of the girl on a particular dowry, but the bride's family – in order to facilitate the marriage – ask the groom to pay the dowry whenever he can, even after years," Jihad added.

Mohammed stressed that he is still yet to pay his dowry, but has agreed with his wife’s father on the amount to paid at a later date. "This has become a tradition followed in Muadamiyat ash-Sham and Daraya," he said.