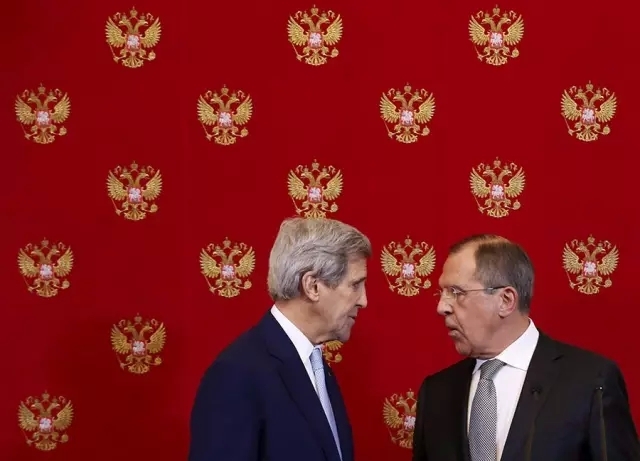 The actions and steps Russia has recently taken in relation to the Syrian issue make apparent the extent of its efforts to thwart and derail the talks between the Syrian opposition and the Assad regime, which are due to be held in Geneva on January 25.

If the negotiations proceed, Moscow is working to make them accord with Russian standards, especially given that it knows the political path around the Syrian issue is headed toward crystallizing around the statement of Geneva I, which is the opposite of what it wants.

Russia is pursuing a number of means and routes to impose its standards on the negotiations, represented first by its intervention in the selection of the opposition delegation that will negotiate with the regime. It has put forward what has come to be called “the Russian list”, which includes 15 names Moscow has chosen to participate in the negotiations, ignoring the provisions of UN resolution 2254, which stipulates that the delegation will be the choice of the Syrians alone.

In addition, Russia has claimed that resolution 2254 specifies that the international envoy to Syria, Staffan de Mistura, is tasked with forming the delegation from the conferences in Riyadh, Moscow and Cairo. However, the text of the resolution directed the mission of appointing the delegation exclusively to the Riyadh conference. Furthermore, the opposition and Saudi Arabia invited a number of those who attended the Moscow and Cairo conferences to the Riyadh meeting, and they attended and presented an official list of the names of 28 people from among them to de Mistura.

Russia is also trying to complete the talks not on the basis of Geneva I, which provides for a fully-empowered transitional governing authority, but rather on the basis of a national unity government. The difference between the two is that the first abolishes the Assad regime, while the second leads to its reproduction.

Among the means that Moscow has pursued to derail the talks is its rejection of the terrorists list which Jordan proposed. The Russian foreign ministry has indicated that the making of the list faces difficulties, even though Russian Foreign Minister Sergei Lavrov was the one who declared Jordan would oversee which groups could be listed as terrorist organizations.

Furthermore, Russia has continued to side with the Assad regime by bombarding positions of Syrian opposition factions, including civilians, thereby violating provisions 12 and 13 of resolution 2254, an issue which has caused the opposition to demand the implementation of confidence-building measures from the regime and Russia before the talks.

The opposition’s High Committee for Negotiations has insisted that it “will not accept the imposition of names by foreign parties, and will not enter into any negotiations with the regime unless it raises the blockades on Syrian cities where hunger has begun to destroy their citizens, releases prisoners, and stops the bombardment of Syrian cities by Russian aircraft and regime fighters.”

A member of the political authority in the opposition Syrian National Coalition, Fayez Sara, said that “the conditions do not suggest that the talks will be held at the scheduled time, because no practical steps have yet been taken in this direction,” indicating that “to this hour, no invitations have been presented and no negotiating agendas have been discussed with any of the concerned parties.”

Sara said that he thought “there are Russian-Iranian efforts to derail the meeting, or gear it toward the Assad regime’s interests,” stressing that “breaking the siege of the blockaded Syrian cities and bringing in humanitarian aid and releasing prisoners, are not up for negotiation, and are outside the scope of the talks.” Sara also demanded “measures to build trust and provide an appropriate atmosphere for the talks by stopping the Russian aircraft, the regime forces and Iranian militia from bombarding civilians on a daily basis, and destroying the capabilities of the Syrian people.”

The insistence of Russia on intervening in the composition of the opposition delegation, and the continuing bombardment of civilians and attempting to impose Russian standards on the climate of the talks before they have begun, could to a large degree obstruct the talks from being held at the scheduled time, according to analysts and opposition members, especially given the insistence of the opposition that the regime and Russia carry out confidence-building measures.