Moscow says it supports the solution that the participants of the Syria negotiations decide on, including the idea of creating a federal state 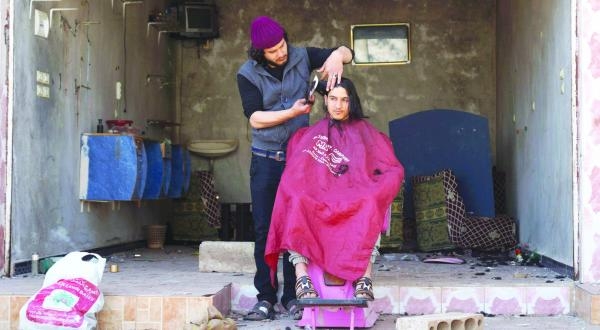 After U.S. Secretary of State John Kerry warned a few days ago that Syria would be partitioned in the event that the duration of the war is extended, Russia’s Deputy Foreign Minister Sergei Ryabkov said yesterday that Moscow “supports the solution that the participants of the Syria negotiations decide on, including the idea of creating a federal state.”

This came as a “special working group for the cessation of hostilities in Syria” held an unscheduled meeting in Geneva yesterday to discuss how to rescue the fragile cease-fire in Syria at the invitation of French Foreign Minister Jean-Marc Ayrault, who was in the Swiss city to participate in the Human Rights Council’s annual conference. The meeting came after France received continuous reports from the Syrian opposition of widespread abuses carried out by the regime’s forces and Russian air force during the past two days. Ayrault also told the press that he had received “indications” of “attacks including continuous ones on areas under the control of the moderate opposition.”

In a related development, the spokesman for the Iranian Foreign Ministry Hossein Jaber Ansari refuted Kerry’s announcement on Thursday that “a large number of Revolutionary Guards” had withdrawn from Syria. He confirmed that Iranian forces are playing an advisory and military role in Syria and pointed out that this military presence is “at the request of Damascus.”

Whilst a U.N. official announced that “trucks carrying aid have arrived in the city of Muadamiyat al-Sham, which has been affected the most by the conflict in Syria,” an activist in Muadamiyat al-Sham told Asharq al-Awsat yesterday that the aid was stopped at the regime’s checkpoints at the entrance to the city and has not been allowed in yet. He added that “no medical teams have entered the city to evacuate patients” and that “critical humanitarian cases are still not being allowed to leave and necessary medical aid was not provided to them by the International Red Cross.”