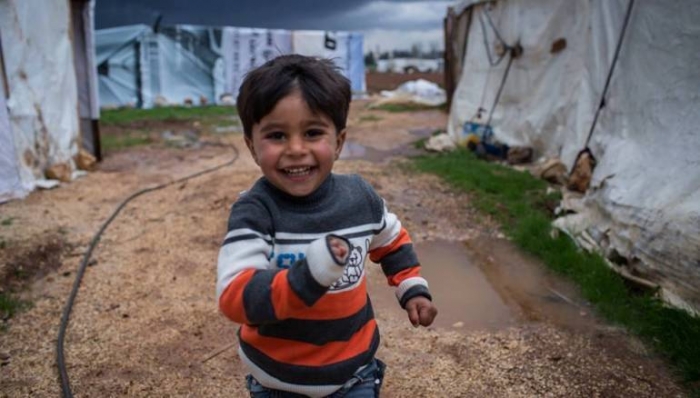 Um Kassem could only afford to buy a few kilograms of rice, sugar, bulgur wheat, dates, and some canned food before the start of Ramadan this year.

Like many Syrians inside Syria, the 60-year-old woman who lives in a displaced camp in the Idleb countryside holds onto the tradition of buying and storing food for eating during the holy month of Ramadan. But this year she was forced to deal with less then usual due to high prices and the difficulties in preserving meats or vegetables due to power cuts.

Um Kassem is one of thousands of internally displaced people inside Syria who are living a bitter reality with each passing Ramadan in light of the increase in the poverty rates, debt, and an extreme lack in food.

As with every Ramadan, aid organizations try to help families by providing them with a food basket or preparing group iftar (breaking fast) meals. One such group, the Syrian Association for Refugee Rights, has worked every year to provide organizations and aid providers with information on the worst affected places.

Manager of the group’s Syria operations, Muayed Shakir, indicated to Zaman al-Wasl that the Turkish Humanitarian Relief Organization (IHH) prepared a program this year to hand out food baskets and dates, while the Syrian relief committee plans to distribute an estimated 20,000 food products.

He said that in coordination with another aid agency, his association is providing bread, dates and drinks for internally displaced families in the city of Maarrat Misrin throughout the month of Ramadan.

Shakir noted that support and aid “barely covers 10 percent of the actual need, as there around 1 million and a half displaced persons in Syria’s north,” adding that “camps inside Syria lack programs and studies about the real needs for those internally displaced persons especially for the month of Ramadan.”