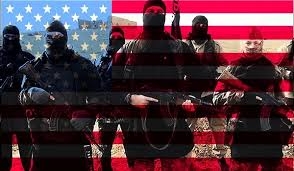 The Nusra Front senses the approach of the zero hour, when the American-Russian air bombardment on it begins after a rapprochement between the two over the past few days around military coordination in Syria. To avoid any likely action against it, Nusra has moved its main bases from the city of Idleb and some other areas and relocated its prisons.

The key opposition group is trying to pursue new methods to get closer to the popular base which it has begun to lose recently. It has also begun to work on spreading news of its separation from the Al-Qaeda, which would make it a normal Syrian jihadi group in relation to the West.

The comments of the official spokesman for the Nusra Front, Abou Ammar al-Shami, on an article by journalist David Ignatius, comprised a development in this direction. Nusra, which thinks that the war against it has begun, now needs to reassure the West and win over the popular base after a long period of neglect.

In an article for the Washington Post on July 19 titled “A new jihadist threat may be on the horizon in Syria,” Ignatius accused the Nusra Front of “plotting external operations against Europe and the United States” and added that it has “played a clever waiting game over the past four years, embedding itself with more moderate opposition factions and championing Sunni resistance to Syrian President Bashar al-Assad. The group has mostly avoided foreign terrorist operations and has escaped targeting by US forces. Meanwhile, it has developed close links with rebel organizations such as Ahrar al-Sham.”

For his part, Shami wrote a response to Ignatius on Twitter, directing clear messages to the United States, to Syrians and opposition military factions. Shami said: “The paths of American propaganda before every war or act of destruction do not deceive anyone.” He added that: “Targeting the Nusra Front is targeting the Syrian revolution to the benefit of Bashar al-Assad, and weakens the strength of the mujahideen.”

Shami added that the Nusra Front was standing strong in the interests of maintaining the Syrian jihad, “to the exclusion of all other probable interests in targeting the West and America.”

The spokesman addressed the military factions, warning the mujihadeen that, “eliminating the Nusra Front today and permitting the American-Russian deal to occur without a position from you is for God, then for history.” He described the silence of the factions as “An abandonment of your brothers, and weakening their strength. America will not be satisfied after that unless you submit to a political solution that restores Assad and his allies.” He called on the factions, saying: “We have not thought of you except well, so assist your brothers and support them in words and statements and defiance.”

Dozens of Twitter users commented on Shami’s tweets, disapproving of what he said, amid a state of surprise that he used the term “your brothers” for the armed opposition factions, after Nusra attacked a number of them, kidnapped revolutionaries, and refused to submit any of them to trial. Some ridiculed the spokesman for responding to an American writer’s column while Nusra refuses to listen to the demands of the people and their rights.

The Jordanian salafi preacher Abou Mohamed al-Maqdissi, called on the Nusra Front to change its name, and said: “The name of the Nusra Front, or others, has become an obstacle or a reason for targeting its people, and so changing it or giving it up is not giving up the Quran, and breaking links is not apostasy when it is necessary.” He added: “Whoever strives makes God’s word the highest, does not care about names. What he cares about is the clarity of this goal. Whoever fights for the sake of a name and disagrees with changing it, there is no need to feel sorry for him.”

Maqdissi said that the name Nusra Front and connections to Al-Qaeda were not the real reason for the group and others being targeted, but “the banner and the aim and not submitting to the American projects and goals.”