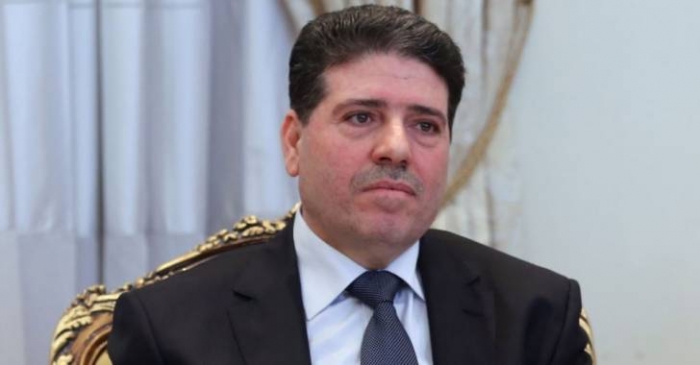 Former Syrian Prime Minister Wael al-Halki has vanished from the scene, as if into thin air. He is not even remembered by the media that was closest to him and who lived off his goodwill, or those who criticized him and called for him to be held to account… so what happened to Wael?

Informed sources said that Halki today lives in a high-end Damascus district in houses prepared by the regime specially for its agents and collaborators whose mandate has ended but who must remain under observation and heavy guard and cannot be allowed to leave the country under any circumstances.

Further confirming this, a source close to Halki said that because of the fierce media campaign launched against his government during the last two years and bearing all the consequences of the collapse that afflicted the Syrian economy, he cannot leave his house or walk around without observation, indeed he almost never goes out at all, in a situation that resembles house arrest. Even the guests he receives have their IDs and length of stay checked, regardless of what connection they have to him.

According to this source, before his departure from the government, Halki had presented a request to the president expressing his desire to return to practicing medicine through the opening of a hospital in Damascus, but he has not received any response yet.

Regarding Halki’s relatives and friends, who he helped secure work for in public agencies, the source added that they are beginning to experience harassment at their workplace.

Commenting on this information, a media source who works with the regime — one who was close to Halki and requested that his name not be published — told Iqtissad that the former PM had hinted at bitterness in recent months as he became annoyed by critical media, especially in the private sector, which reached the extent of insults, ridicule and violating his dignity.

This source, who sympathized with the revolution, added that when Halki’s son, Dr. Mohamed, once objected to these insults in a post on Facebook, saying they were intentional and politicized. Lattakia-based social media pages carried out an even more severe and stinging attack, which pushed Halki to surrender in response and feel there was something intentional against him.

This source expressed his opinion that Halki was no more than a weak man through whom the regime carried out many economic steps that benefited its cronies. He noted that the Syrian economy during Halki’s tenure saw its biggest losses in history, including more than 70 percent of gross domestic product, in addition to the collapse of the Syrian pound’s exchange rate to its lowest in history.

The country also saw its biggest migration in history to Europe, motivated primarily by the terrible economic situation and the security situation.

The source finished with scorn, saying: “And after all that, you want Halki to appear again to announce that he’s living his life normally?”