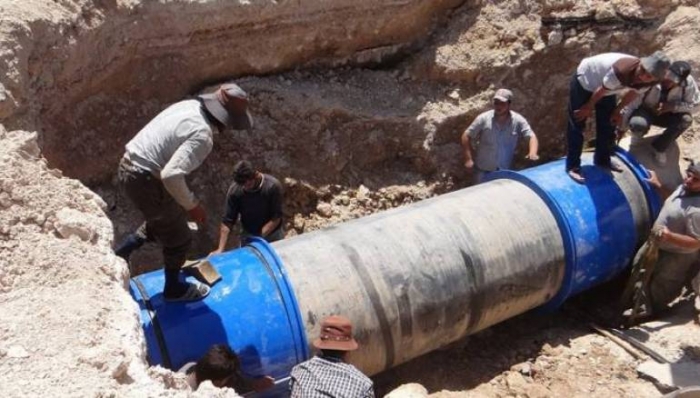 A water war has returned to Damascus as Syrian regime and opposition forces attempt to create a new balance of power in the northwest village of Wadi Barada.

The water crisis started when regime forces seized the village of Harira, seeking to control the flow of water from the Fija spring in an effort to strip the opposition of their “water card,” which they have used to pressure the regime to release detainees and lift the siege.

But the Assad regime has deprived residents of water in Wadi Barada, forcing them to use wells for drinking and watering their farms. Moreover, the regime’s militias controlled water at the top of Wadi Barada, seizing lands and depriving almost half of the city of Damascus of water.

According to a local activist, Damascus city receives water from three main springs and many wells, Fijah, Barada and the Deir al-Ashayer field.

The Syrian revolution returned control of Damascus’ water supply to the people of Wadi Barada, who have used it to pressure the regime to alleviate the siege over the city and allow food and other goods to enter.

The most recent instance came in response to the regime’s attempts to reach the water springs, forcing the opposition to cut the water supply to the city of Damascus, especially to loyalist areas.

The regime responded by shelling the villages of Wadi Barada and Zabadani and Madaya, but was forced to end their offensive in order to fix the water line.