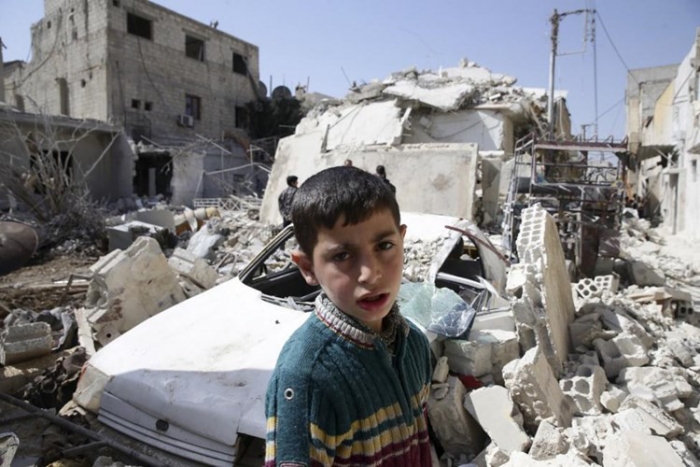 A group of Syrian activists and intellectuals inside and outside of Syria published the following statement in an attempt to pressure the powers active in the Syrian arena to stop the war and begin serious efforts to find a political solution that spares Syria and its citizens from more death and destruction:

We, the undersigned, ask the international community and its active forces, and Syrian, Arab, and international public opinion, to pressure the parties that have influence in the current war in Syria to urgently put an end to this war and begin serious work toward achieving a political solution which spares Syria and its people from more death. The bloody conflict in Syria, as is currently occurring in Aleppo, has led to the deaths of hundreds of Syrian civilian and military victims, at a time when any observer can deduce the impossibility of a decisive military victory by any party. Recent events have confirmed the extent of the danger which has been reached of social division in Syria, the severity of which is increased by the continuation of the war, beginning to threaten the future of Syria and its very existence, and likewise leading to a flood of non-Syrian fighters into Syria and thus increasing religious and sectarian extremism among both sides and providing fertile soil for takfiri groups that want to return Syria to pre-civilization. We believe that Security Council Resolution 2254, which stipulates the beginning of a political process leading to the establishment of a credible and inclusive government and not based on sectarianism, and includes a transition toward a democratic Syria free of any form of political or religious oppression, is still valid as the basis for any political solution in Syria. We, as Syrians, urgently ask the United Nations and the international community to separate the humanitarian issue from the political and military issues, and consider the basic humanitarian of all Syrians to be issues above negotiation. All sides should ease the delivery of aid to all areas in need under the observation and monitoring of international organizations. We also call for the end of the siege on all blockaded areas and the securing of safe passages for aid and people under UN monitoring and observation. We stress the need to work toward releasing all non-military prisoners on both sides, especially women and children, without restraints or conditions. We also call for the immediate halt to all attacks against civilians, medical facilities, electricity stations and water plants, at their forefront the air and artillery bombardment of civilian areas and facilities.