“When it fell I said to myself the barrel will fall on me ... suddenly I heard the sound of a strong explosion in the area of Jaloum where my house is located" 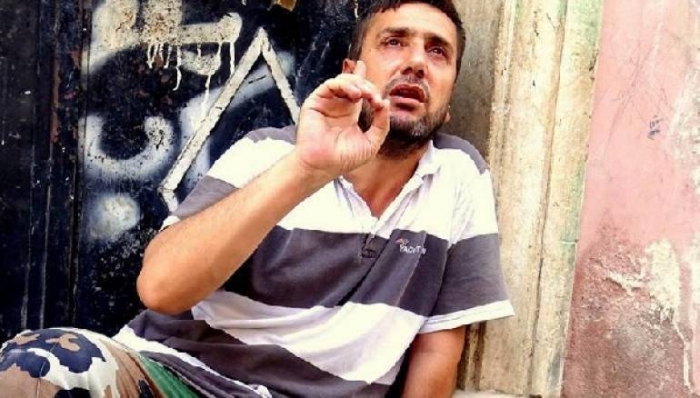 Ali Abou al-Jawad recounted the details of the death of his family after a barrel bomb was dropped in the courtyard of his home in Aleppo’s Jaloum district a few days ago.

The activist explained to Zaman al-Wasl that he was visiting a friend in the Old City when clashes broke out in the area surrounding the Aleppo castle. His wife phoned him to ask about the clashes, to which he answered that she should not be afraid as the fighting was fragmented. Returning in the direction of home 15 minutes later, he heard the sound of a regime helicopter and the dropping of barrel bomb.

“When it fell I said to myself the barrel will fall on me,” he said, adding: “Suddenly I heard the sound of a strong explosion in the area of Jaloum where my house is located, and it was only minutes before one of my friends told me the barrel fell on my house.”

He continued, “I went to my house and indeed I did not see a house but rubble and stone remains and that was the major shock so I held myself and started to meditate.”

A team of civil defense members arrived at the scene and began to remove his family members from the rubble. Abou al-Jawad’s four children and their mother, as well as his second wife and her elderly father were all killed in the attack.

The bereaved father recalled how his children would run to him and sit in his lap, watching from the roof of their house without fear as warplanes would bomb during the night and day.