Overcrowded classrooms in areas under regime control is widespread, with as many as 75 students being forced into a single classroom in some cases 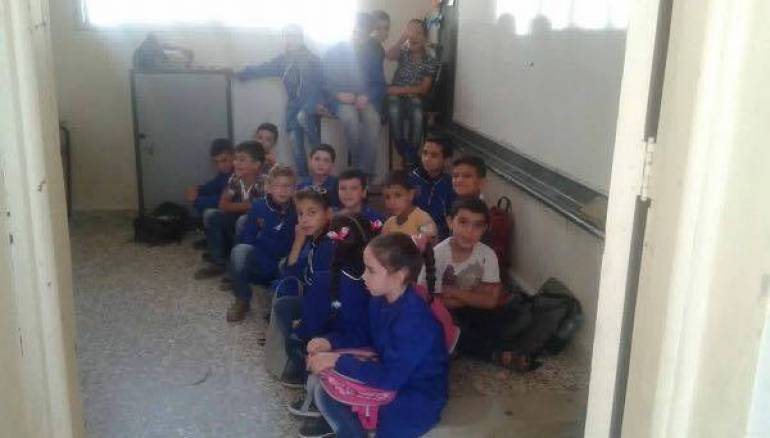 Dozens of students are being jammed into classrooms in Al-Irshad school in Homs’ “safe” Al-Hamediye neighborhood, with some even being forced to take seats on the floor.

A photo has surfaced of students sitting on a classroom floor after the regime was “not able” to provide chairs for the school, even as it remains busy spending money on killing children in other regions in Syria.

Overcrowding in classrooms under regime control in Homs is widespread. In some cases, as many as 75 students are forced to pile into a single classroom a time when the regime and its institutions continue to receive millions of dollars in support from UN organizations for education. However, this money does not seem to make it to schools but in to corrupt regime official’s pockets instead.

In addition, the Assad regime still relies on schools to collect money from students who pay tuition under the “cooperation and activity” clauses. In some schools students pay these fees only to find themselves taking seats on the floor.