"People took taxis because of their cheap prices, and today it has become rare for anyone to take one of our cars… the fares are very high" 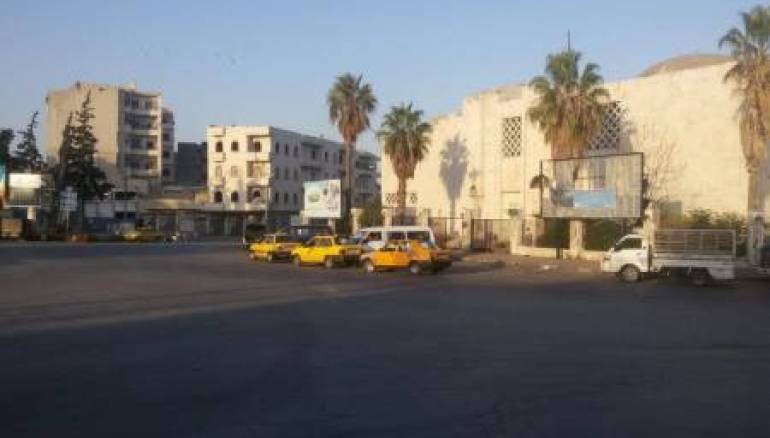 Abou Stayef, a taxi driver in Idleb, believes that the profits from his profession were much higher before the start of the war in Syria.

Working as a driver for 40 years, Abou Stayef’s usual route entails travelling from Idleb to Hama, then passing through Homs to reach the capital Damascus.

“In the old days… my income was very good, people took taxis because of their cheap prices, and today it has become rare for anyone to take one of our cars… the fares are very high,” said Abou Stayef while driving down a sandy road in one of the forgotten villages in Idleb’s countryside.

“Look… like these roads caused us a lot of problems, they ruin the car and the parts are very expensive these days!”

In a similar conversation, taxi driver Abou Jassem revealed other details about the rise in taxi fares in Idleb city and its countryside.

Speaking to Iqtissad, Abou Jassem said, “the main reason for the rise or decrease in the taxi fares is petrol, so when a liter of benzene is 200 Syrian pounds ($0.90) a passenger going from Idleb to Ariha paid 1,200 pounds, and now a liter of benzene is 450 pounds and so we take 2,500 pounds.”

The drivers crowding at the Oum Harib roundabout in Idleb city do not use meters to count the distance they cover in their journeys to countryside areas. In all these journeys, passengers bargain with drivers for fare before the ignition is started and the car moves on to its destination.

Fares are calculated like this in most of the areas in Idleb, except for mountainous villages, which one of the taxi drivers explained usually costs twice as much as the usual fare.

The increase in the price of benzene and the lack of liquidity among residents has led to a decline in the profession, driver Abou Kinan explained. He complained about the lack of passengers and that residents prefer to flag down private cars for rides between cities.