Sharia court receiving around two to five children a day from hotspots requesting travel permits for reasons including that they did not know the fate of their parents, according to judge 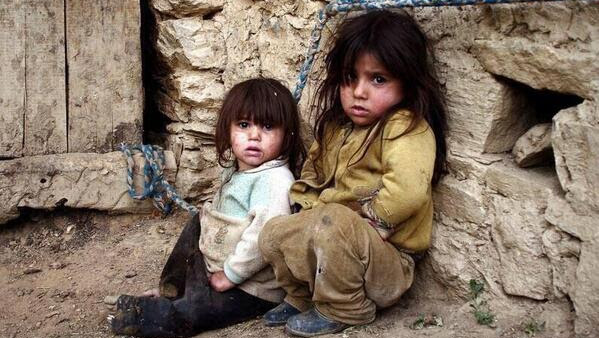 One of the girls could not hold back her tears when she requested a travel permit from the sharia judge to follow her brother to Lebanon, who had left for there at the start of the Syrian crisis. When the judge asked her about her family, because she had not reached the legal age to travel alone, her tears preceded her response that she had lost them in the Manbij area in the Aleppo countryside, and she still did not know their fate.

After she had finished dealing with the travel permit, I tried to understand from the girl a little of how she had lost her family. She said that she now lives with one of her relatives in Damascus and over the year she had been searching for her family, but there was no certain information about their fate.

The girl said that her father was probably dead, while she didn’t know anything about her brothers and sisters, but there were rumors that they were lost after the armed gangs left the city.

This girl's story is one of many which have occurred to children who have lost their parents, which has pushed them to search for those who can help, even if only a little. Their situations have worsened so that travel was the best option so that they may find someone abroad to care for them.

The First Sharia Judge of Damascus Mohammad al-Maarawi said that the court was received between two and five children a day under the age of 18 from hotspots who were requesting travel permits for reasons including that they did not know the fate of their parents. He added that some of their parents had removed them from these areas to keep them safe.

Maarawi told Al-Watan that many of them were able to leave these hotspots despite the blockade and take refuge with their relatives in Damascus and then travel to family members outside the country. He said that most of the cases which the court reviews are from the Aleppo countryside. Maarawi said that the children whom the court had reviewed were those who did not know the fate of their parents as well as those who had fled with the knowledge of their parents, knowing that these areas were not safe. He added that the court was dealing with each case individually.

The judge added that a child who is over 17-years-old and approaching 18-years-old is considered, as the law stipulates, to be eligible in certain measures, including review of the migration and passports authority to obtain a passport to permit them to travel to relatives on their own.

Maarawi said that if the child was a minor or did not know the fate of their parents and had taken refuge with a relative, then the court assesses the authenticity of their statement either through testimony that the parents’ fate is unknown or through listening to people who the child had taken shelter with as they are likely to be related.

If the veracity of the child’s statement is proven, then they are given a travel permit or the person with whom they have taken refuge is appointed as custodian to deliver them to relatives outside the country.

Mohamed Khair al-Akam, law professor and member of parliament, said that the cases of children who had lost their parents were increasing because of forced displacements resulting from terrorist acts in hotspots, adding that many children, whether male or female, had taken refuge in safe areas in search of those who could care for them, while some of them remained on the streets.

In comments to Al-Watan, Akam stressed the need to develop the legal system regarding this issue in the Social Affairs Ministry, adding that the alternative care draft bill could be one of the solutions to accommodate those children who lost their families.

Akam said that the draft law included establishing institutions to care for the children who had lost their parents, adding that the delay in issuing it was due to disputes among some ministries with the Social Affairs Ministry regarding some of its provisions.

He added that the problem is also related to the girls who have reached the age of 15 or older who have lost their parents, adding that they were vulnerable to all forms of exploitation and weak-minded people as a result of the war which had occurred in Syria.

Akam said that the cases of children who had lost their parents would increase, especially in the areas which had witnessed major displacements fleeing armed gangs. He added that there had been a delay from the government regarding the issue of these people which had led a number to travel outside the country.