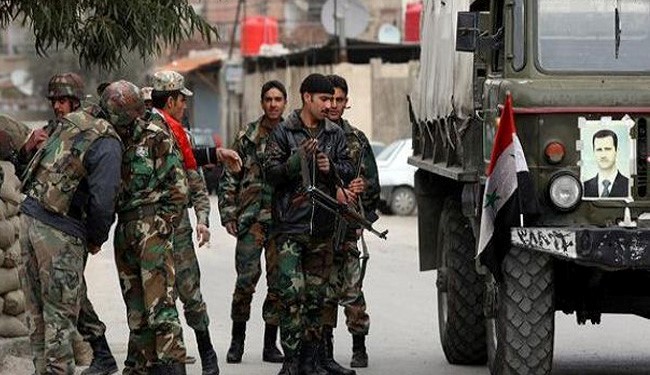 The “walls of fear” backed by weapons have returned to the regions of Bashar-al Assad’s “useful Syria,” and especially in Damascus. Not just the security agencies alone, but from members of the National Defense Forces and Syrian and non-Syrian militias, in addition to the appearance of networks of the “new guard” which gained its legitimacy and authority through war and killing. It seems that some of its constituents are more ideological and extreme than the “old guard,” whose members were considered in turn to be a “new guard” when Bashar al-Assad took power 16 years ago.

Western journalists, after visiting Damascus to participate in a forum at the invitation of the British Syrian Society, believe there is a wide gap between what Syrian officials wanted to say and the reality of the situation. One of the journalists said: “Officials told us there was a trend toward political and media opening and closing the page of the past and that they were ready to bear criticism, but when we left the meeting hall to the streets and we tried to meet some opposition figures, we were surprised to find that the opposite was true — actually even worse than it was in 2011.”

He added that a number of opposition intellectuals and politicians had vanished, and that additionally, “We found it difficult to communicate with those who were said to be present. When we met some of them it was clear that they were being closely monitored to control what they could say.”

According to Western diplomats visiting Damascus, about 140 checkpoints have spread throughout the Syrian capital run by the army, security agencies and National Defense Forces. Some of them are integral in searching cars and people. What’s new is that there are new highly advanced computers able to survey data from ID cards and check the information of the ID card holder against the regime’s information centers, and find out if they are wanted for arrest or military service.

In addition, more and more young men are carrying light and heavy weapons in their hands, on their waists or in luxury cars. And the weekend nights out in Old Damascus are not free of armed clashes between regime loyalists, in which heavy weapons are sometimes used in the streets teeming with thousands of people and hundreds of sex workers.

Nightly, they live in a world unlike that experienced by hundreds of thousands, and perhaps millions, of displaced and impoverished people in Damascus, its streets, its gardens and its schools, who are constantly chasing bare scraps to get by and confronting the closing down of a decent life.

Power cuts have increased, whether in the green zone, which includes the wealthy districts and the homes of officials and official institutions, in addition to the increase of the prices of the main materials as a result of the weakening of the value of the Syrian pound against the US dollar (500 pounds to a dollar) and imposing strict measures on how to withdraw savings from public and private banks.

This has contributed to the spread of “war commanders” and the occurrence of a coup in social segments to the benefit of the emerging “new guard” of nouveaux riche businessmen who have built up enormous wealth in recent years. They now believe their interests lie in the perpetuation of the war, in addition to the spread of those benefiting from bribes by delaying young men’s compulsory military service. A visitor to Damascus spoke about the spread of the phenomenon of bribes at the inspection checkpoints. One of them is called the “Two Million Checkpoint” — crossing through it costs a high toll because it leads to the main consumer market. Another is called the “1,000 checkpoint” because it leads to the nightclubs. The phenomenon of kidnapping has meanwhile returned and the crime rates have risen in the streets of Damascus and other areas, and has turned into a sort of trade and a source of wealth.

Experts talk about the entanglement between the new guard of businessmen and the army and security, in addition to the emergences of a new center of power. One of them said: “The regime is still the main force, but there are other domestic and imported centers in Damascus and the areas of useful Syria.” What is also notable is the overlap or incompatibility of relations between regime forces and Iranian power centers and the operations room and the following daily supply to Damascus airport which is monitored by the Iranian side.

In addition, some leaders of the National Defense Forces in Tartous and Lattakia have begun to weave relationships and interests with leaders of the Russian military base in Hemeimeem in Lattakia. It is possible to notice the increase of Iran and Hezbollah’s influence in Damascus and its countryside from the Damascus airport to the Lebanese border, compared with the growing Russian presence in Tartous and Lattakia toward Aleppo.

With the overlapping factors of fear and chaos and the increasing power centers and difficulty of livelihoods, comes the indiscriminate falling of shells from opposition areas on districts of the capital. Before this accumulation many can find no escape or exit. Notably in recent weeks, regime loyalists have left for Beirut and other countries to being a new life without cutting ties with Damascus, as well as the exit of intellectuals and politicians known for their rigidness and stubbornness in the face of Western nations.

A Western journalist quoted one of those leaving as saying: “I’m afraid of comments I wrote on Facebook two or three years ago being seen, and the streets around me have become filled with fear. We knew the rules of the game with the regime which were stressed, especially with its new guard. Now there are many players and many heads which are not totally under regime control. Things have changed and the walls of fear have risen to an extent where you can neither go back nor live with it. The margin is very narrow, to the point of non-existence.”

In addition to this, anyone who has remained in Damascus must spend their time focusing on daily issues related to life, food, and electricity… and not the great dreams which spread in 2011, while the government is keen on the survival of the economic and service arteries to opposition areas, and the continuation of state institutions, including the traffic lights, in Damascus… to suggest that everything is still fine.